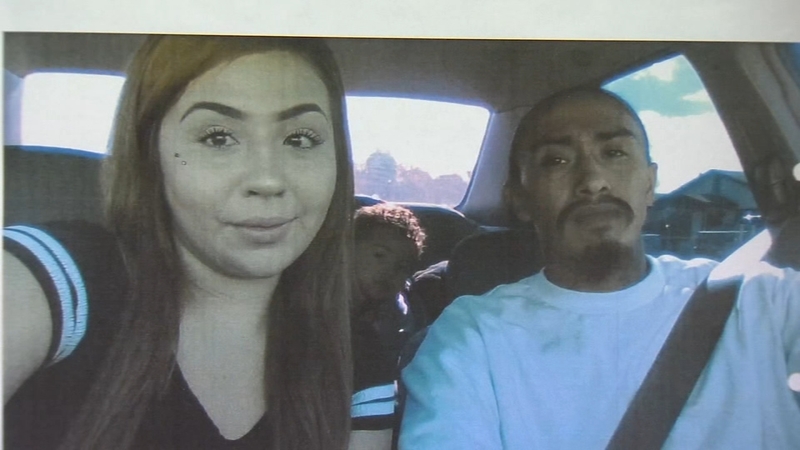 DELANO, Calif. (KFSN) -- In the early morning hours of June 14th, 2019, 24-year-old Arturo Ramirez jumped out of a Delano hotel room window and ran from two police officers waiting outside.

One of the Delano police officers opened fire, killing Ramirez, a suspect in a drive-by shooting in Richgrove the day before.

Back inside the hotel, Tulare County Sheriff's deputies heard the shooting while trying to get Ramirez's girlfriend, Alexis Resendez, to open the door of the hotel room.

According to a report and recommendation released by the Tulare County District Attorney's Office, Tulare County sheriff's deputy Rommel Verenzuela "thought he (Ramirez) was shooting from inside the room. He thought 'this is going to be a firefight.'"

Body worn camera video then shows what happens next.

As Verenzuela runs in front of the hotel room, Resendez opens the door.

Verenzuela fires one shot, hitting her in the stomach.

More than a year after a Tulare County sheriff's deputy shot an unarmed woman at a Delano hotel, prosecutors say the deputy acted in self defense.

"In his mind, 'someone was coming out to shoot,'" the report says. "He didn't see hands, he only saw the torso of a person. He didn't distinguish between whether it was a male or a female coming out because both were a perceived threat to him."

As Action News reported in December, she has filed a federal excessive force lawsuit against Tulare County and its deputies.

But criminally speaking, Verenzuela will not face any charges.

Tulare County prosecutors announced on Thursday that his actions were objectively reasonable and made in self-defense and defense of others.

"Deputy Verenzuela could not use a nonlethal weapon due to the events unfolding in seconds," the report says. "He feared he could have been shot since he heard a mere 10 seconds prior a series of gunfire from inside the room."

In August, prosecutors presented the shooting of Ramirez to a Tulare County grand jury that on Wednesday decided not to indict Delano police officer Michael Strand on criminal charges.

"While some of the behavior captured on videotape is disconcerting, questions concerning proper police procedures, discipline, or civil liability are beyond the scope of prosecutorial review," Tulare County District Attorney Tim Ward wrote in a letter to Delano Police Chief Robert Nevarez.

"The families of the victims are beyond devastated that these officers will not be prosecuted for what are clearly crimes," Fresno attorney Nathan Miller said. "The officers murdered Arturo and disfigured Alexis for life...they left a beautiful young boy without a father. The fact that these officers will not be prosecuted is a clear example of what is wrong with law enforcement in modern times. This family deserves justice and they have now been denied that."

The Tulare County District Attorney's report also notes that Delano Police officers and Tulare County sheriff's deputies did not have a solid plan in place before the shootings.