Do you recognize them? Tulare County deputies release video of 2 men trying to steal an ATM 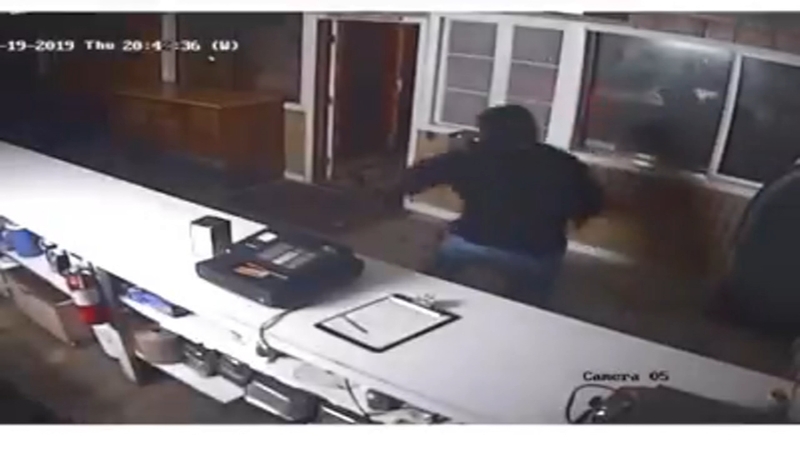 Do you recognize them? Tulare County deputies release video of 2 men trying to steal an ATM

VISALIA, Calif. (KFSN) -- A failed attempt at an ATM robbery was caught on camera, and Tulare County Sheriff's investigators are hoping you can help them identify the two men seen trying to burglarize the Visalia sale yard.

This is home to Visalia's swap meet every Thursday and Sunday so the culprits knew exactly what they were after.

Now even though the surveillance video doesn't show a face or a license plate this piece of evidence is a huge win for the case.

"They try to yank that atm out but they're unsuccessful and they getaway in the SUV," said Tulare County Sheriff's Office Ashley Ritchie.

The second attempt ends abruptly likely after tripping the alarm.

They got away before deputies arrived to find the door pried open.

"They can tell things don't look right inside some things are a little moved around," said Ritchie.

Tulare County Sheriffs Officials say the hoodie may be blocking the man's face, but they're confident someone who recognized their mannerisms will lead them to an arrest.

"You can see the way he walks. The guy appears to be smoking a cigarette," said Ritchie.

Investigators are warning business owners to be alert.

"We do see an increase in these types of crimes when the holidays are here people get desperate," said Ritchie.