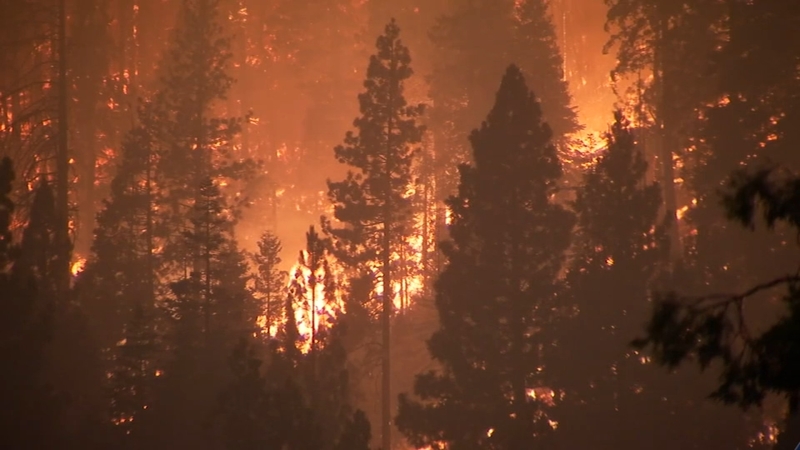 FRESNO, Calif. (KFSN) -- From devastating wildfires to scorching heat waves, the latest United Nations report says we are to blame for our planet's extreme weather.

It was compiled by more than 230 authors who analyzed more than 14,000 scientific reports about climate change.

"As long as we have these gases in the atmosphere, we are going to have a high temperature," says Fresno State Atmospheric Sciences Professor Segun Ogunjemiyo. "They trap heat from escaping into space."

They warn that without rapid and sustained reductions, we'll see more life-threatening heat waves, millions of people would struggle for water because of severe droughts and some animals and plants will no longer exist.

"It appears that the effect is manifesting and showing itself earlier than predicted," Ogunjemiyo said.

Right now, a majority of California is under a drought state of emergency.

"For Valley farmers right now, it's emergency mode," says Ryan Jacobsen with the Fresno County Farm Bureau. "For some, ultimately, they're going to have to make extraordinary harsh decisions of pulling permanent crops or not planting at least for another year."

The U.S. government has committed to reducing greenhouse emissions at least 50 percent by the end of the decade.