The Legacy of Measure K: Five Elementary Schools and a Middle School 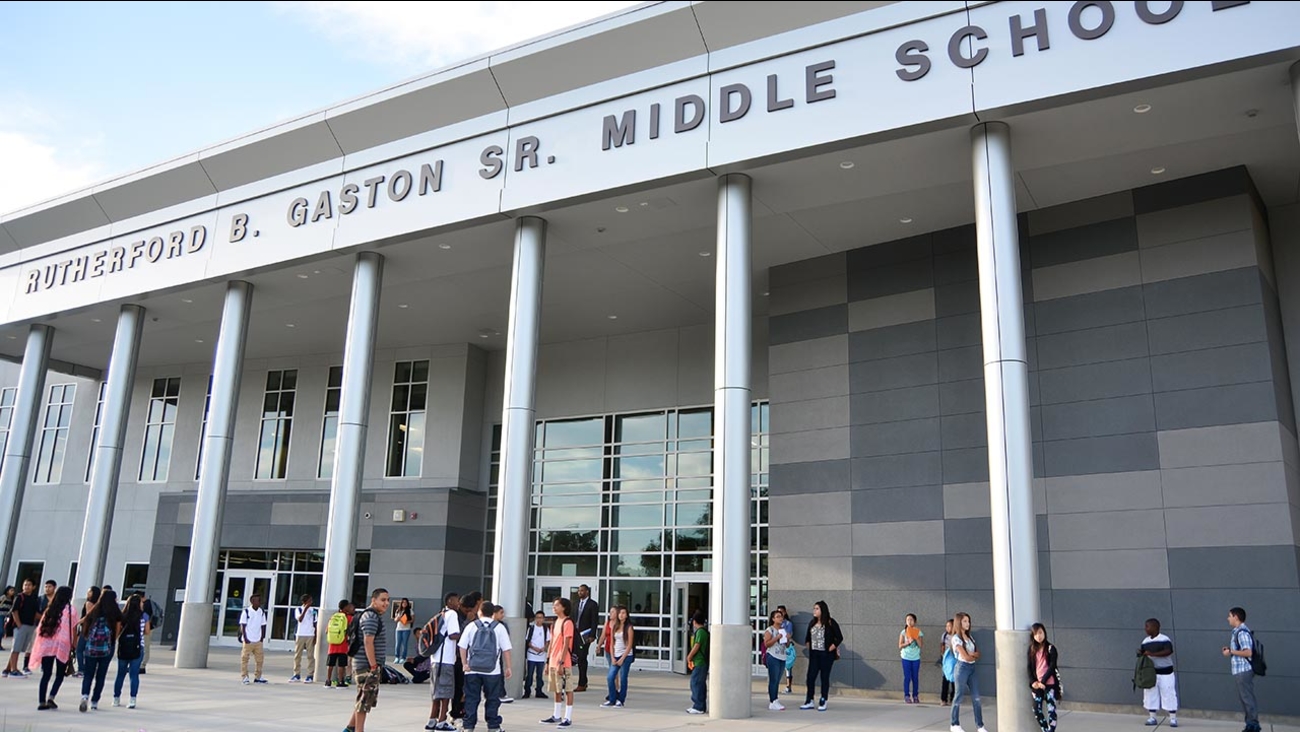 By the 1980s, Fresno Unified had run out of space for students, forced to move dozens of portable classrooms onto campuses and in an even more drastic step, create year-round schedules for campuses to maximize the use of school facilities.

The district used 20 different school calendars during this period of intense over-crowding.

Then voters passed Measure K in 2001, a turning point. Over the next dozen years, the district built five elementary schools and was able to phase out year-round schedules. Having all schools on the same academic calendar is better for students, staff and families. 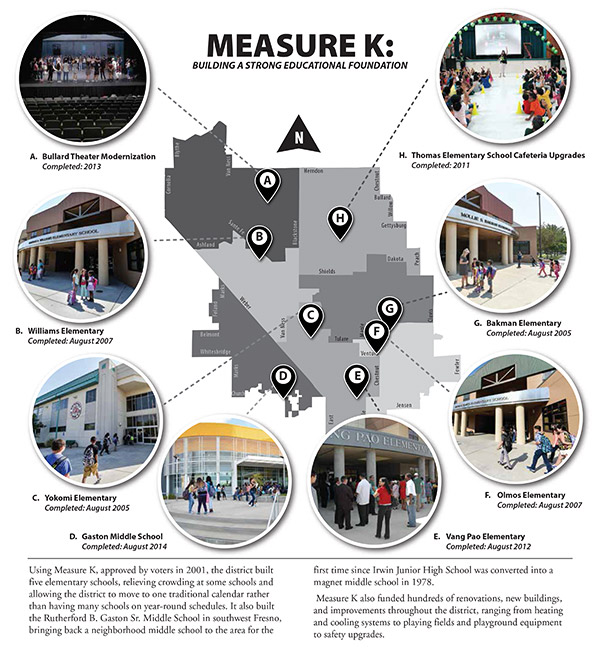 Measure K also funded the Rutherford B. Gaston Sr. Middle School, which opened amid much fanfare in southwest Fresno in 2014. The area had been without a comprehensive neighborhood middle school since Irwin Junior High was converted to a magnet school in 1978 and became Computech Middle School. Before Gaston opened, students were transported to four middle schools in other parts of the district.

Gaston enhanced the educational opportunities for students in the area and created a strong K-12 feeder progression for the Edison region.

"Opening Gaston was a huge accomplishment for our district and much-deserved for the community, which was without a neighborhood middle school for 36 years," said Superintendent Michael Hanson.

Hanson said Measure K boosted the quality of facilities throughout the district.

"Measure K was the beginning of a new era for our district, enabling the district to build badly needed schools and return all of our campuses to one, unifying traditional schedule," Hanson said.

Measure K was approved by 67% of the voters in March 2001 and authorized the issuance of $199 million in general obligation bonds to finance the construction, modernization and maintenance of school facilities.

Projects were identified for all district schools based on need, eligibility and school request. The purpose of Measure K was to:

Measure K enabled the district to open five new elementary schools: Bakman, Olmos, Vang Pao, Williams, and Yokomi. The first to open were Bakman and Yokomi in 2005 and the most recent was Vang Pao in 2012.

Other big ticket items across the district included modernization of campuses as well as multiple projects at every school in the district. Just a few examples of projects: