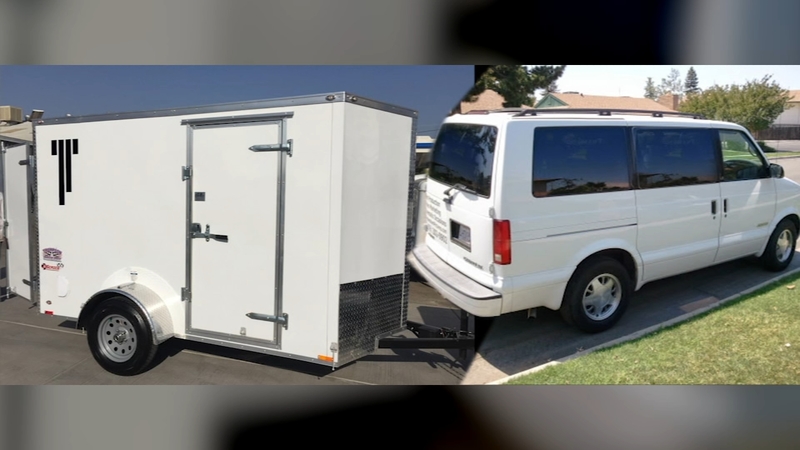 CLOVIS, Calif. (KFSN) -- A Valley-based production company is hoping you can help them track down the thieves who stole the show or at least the show's set.

According to Clovis Police sometime between Sunday night and Monday morning Tremendum Pictures' van and equipment trailer were stolen.

Cofounders Chris Lofing and Travis Cluff are always looking for new locations, extras, and production assistants but their latest call to their "Tremendum insiders" includes crime-fighting.

"Could've been a lot worse the trailer could've been filled with gear it could've had a lot of really expensive stuff," said Lofing.

"So whoever stole it is going to crank that thing open and have a big surprise that they didn't get anything of real value. because it was loaded with styrofoam for breakaway walls and things like that for our film," said Cluff.

But the financial setback doesn't compare to the sentimental value of the van they've had since the start of the company that they called their "make it or break it van."

"We spent many times when we were in Beverly Hills and LA when we were nobodies sleeping in that van trying to make a name for ourselves," said Cluff.

The Facebook post that alerted friends and followers to the "OG Tremendum mobile" theft has already been shared more than 200 times.