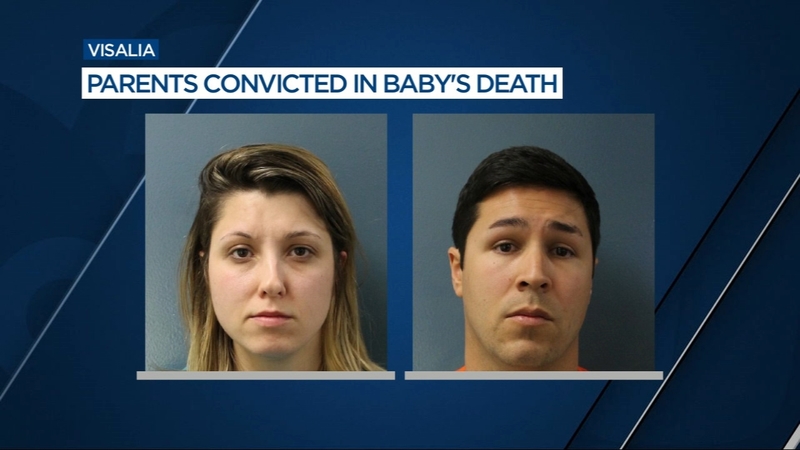 VISALIA, Calif. (KFSN) -- Two parents have been found guilty on multiple charges in the case of their baby's death in Visalia eight years ago.

Madelyn was three and a half months old when she died on October 16, 2014.

A grand jury indicted Angela Jimenez-Ramirez and Daniel Ramirez on murder charges six years ago after an autopsy conducted by the late Dr. Gary Walter that same year determined the manner of death was a homicide.

A new autopsy was conducted by a pathologist brought on to testify in the wake of Walter's passing before the trial was set to start earlier this year. The new autopsy concluded the cause of death was blunt head trauma, but the manner of death was undetermined.

Prosecutors said Angela Jimenez-Ramirez was found guilty of felony involuntary manslaughter and felony child abuse as well as the special allegation that she committed willful harm or injury resulting in death.

Angela Jimenez-Ramirez was released from jail Wednesday for her time served under the current sentencing guidelines for her conviction.