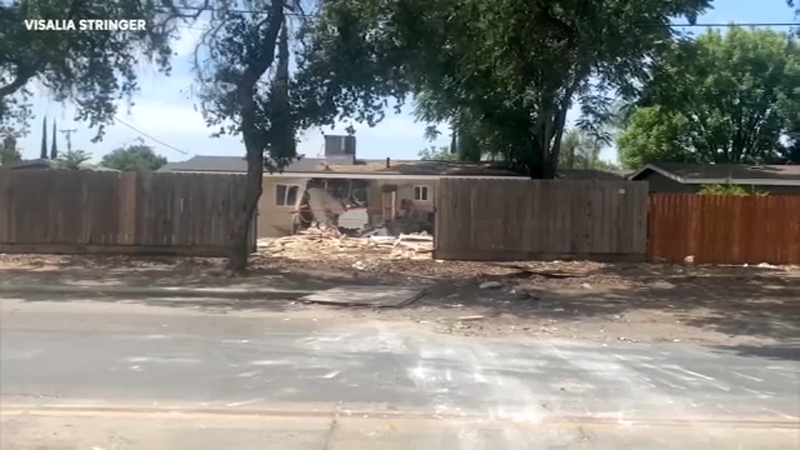 VISALIA, Calif. (KFSN) -- In February of 2019, Joshua Hammond was driving north on Stover Street when he crashed his Chevy SUV into a house on Cecil Avenue.

In his report, the first responding Visalia police officer wrote that most of the car's front side was inside the house.

"I also noticed an extreme amount of smoke was coming from the vehicle and from inside the residence," he said.

Officers had difficulty removing Hammond from the car, and also struggled to reach a resident who was hit and pinned in by the car.

Both were eventually pulled of the house by Visalia fire crews.

But the victim suffered severe injuries, including burns to many parts of her body.

Hammond admitted to using PCP, and in April of that year, the Tulare County District Attorney's office charged him with driving under the influence causing injury and driving on a suspended license, related to a previous DUI.

Visalia Police say Hammond was not under the influence of drugs or alcohol when he crashed a Dodge Ram into the same home on Saturday morning.

This time, he drove through the entire house and the back fence before colliding with a semi that was pulling a trailer filled with oranges.

Hammond, 56, has not been arrested or charged with a crime in connection to the incident.

On Tuesday, he told us off-camera that he wasn't trying to hurt anyone else.

The home is currently vacant.

Hammond also expressed remorse about the crash that happened two years ago.

He pleaded guilty in that case and is scheduled to be sentenced next week.

He faces a maximum of five years in prison.