Galilea Gonzalez was presented with the Girl Scouts of the USA's prestigious Medal of Honor.
KFSN
By Elisa Navarro 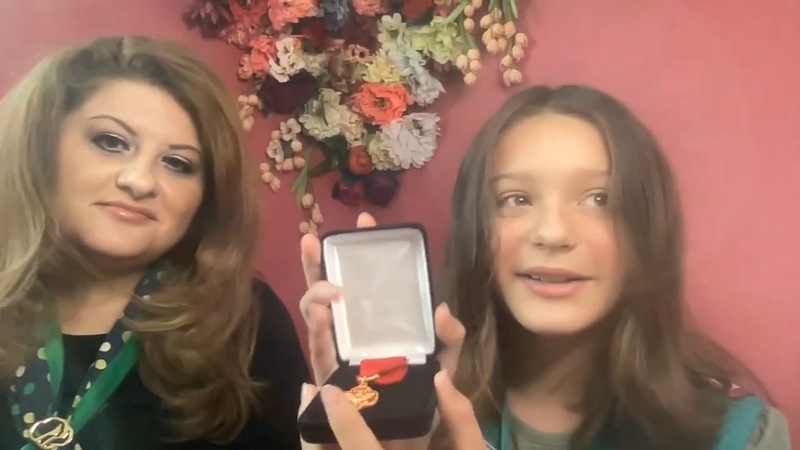 VISALIA, Calif. (KFSN) -- A Visalia girl was recognized for her heroic act and earned one of the Girl Scouts' highest awards for saving her mother's life.

11-year-old Galilea Gonzalez was presented with the Girl Scouts of the USA's prestigious Medal of Honor for her lifesaving actions.

"When I was going up to the stage, I was nervous, but I am honored and humbled," she tells Action News.

The incident happened while they were visiting her uncle.

He had left the house to run an errand - so Galilea had to figure out the address without panicking.

"If she wasn't there to help out, I don't know where I would be," says Carmina.

"I was really proud of her because Galilea suffers from anxiety and panic attacks, so this could have gone bad, but she was able to calm herself down and be able to do all that, look for a piece of paper. She didn't know where we were at and stayed calm!"

Galilea has been a Girl Scout for six years and is currently a part of the Girl Scouts of Central California South - Troop 2359.

Her troop leader says the award for her brave actions is well-deserved and another example of what being a scout is all about.

Galilea plans to be a scout and serve her community for as long as she can.

Her mother and scout leader have no doubt her big heart and courageous acts will take her far.