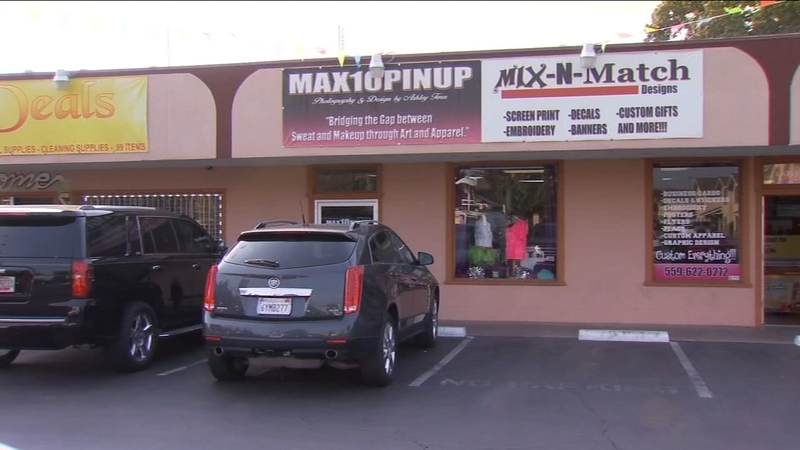 But she says she had a premonition while she was working Wednesday night.

"I had a bad feeling about something, I don't know what," Tenn said.

So when her mom called to tell her police were at the store early Thursday morning, Tenn knew it couldn't be a false alarm.

That was confirmed when she showed up and let police inside.

"When she opened the door, officers went inside, immediately they noticed a hole in the tiles," said Visalia Police Sgt. Gary Williams. "They checked the interior, it was secure. They noticed that there was an attic access in the back that had been opened."

When Visalia Fire crews arrived, they looked at the roof and found someone had ripped a hole in it.

After squeezing in, Tenn thinks they dropped down through this attic door, set off the alarm, got scared, and scrambled out the same way.

She says whoever did this was probably trying to break into the neighboring smoke shop, but didn't know where they were in the attic.

Nothing was taken, so the impact is minimal to her small business.

"We're just making sure that the alarm still works, we're cleaning up, and just going to resume business normally, and hope that this doesn't happen again," she said.

But it has happened before.

Two years ago, a burglar fell through the ceiling and escaped by climbing out a vent.

Could it have been the same person?

Tenn's not sure, but she knows it's just a matter of time before their luck runs out.

"If they try it again, the chances are higher that they're going to get caught," Tenn said.