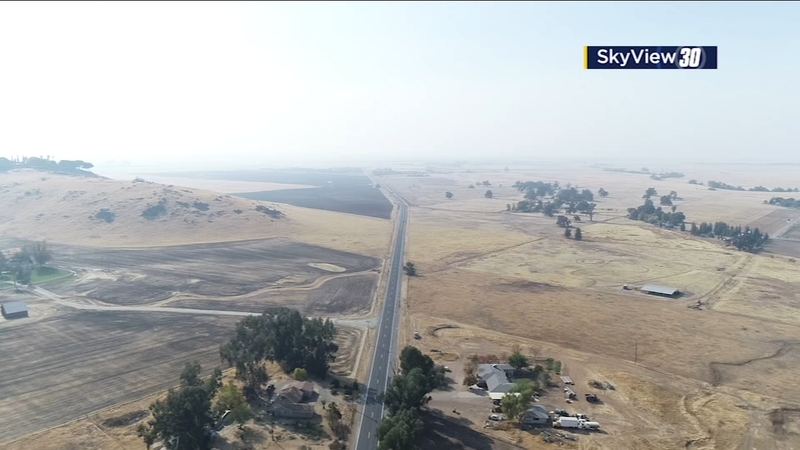 FRESNO, Calif. (KFSN) -- Fresno is typically known for having California's worst air quality. But this weekend, the Valley is turning into a Mecca for student-athletes.

Inside the Clovis West Aquatics Center, collegiate water polo teams are battling for a win and for each breath of air. The gray skies hanging above their heads are not the ideal conditions for a playoff match. But for visiting families in the crowd, the haze is better than their smoke.

"It feels pretty good right now. I feel like this is the best it's been in a week," said Mark Anderson, who accompanied his two sons from U.C. Davis to the tournament.

In Northern California, air quality has been at dangerous levels for over a week.

"Coming through the East Bay I could barely even see a part of the Richmond Bridge as we were driving across. It was awful all the way until about Merced," said Anderson.

By Friday, much of the pollution had slowly drifted into Fresno. Hilmar had to postpone its high school football game. Earlier this morning, state officials devastated high school water polo teams when they canceled the NorCal regional competition.

"Last year we were able to make it to the Top 4, make the semifinals. We were hoping to match that or improve on it this year. Instead, we are just kinda done today," said Nic Maes, who coaches the Buchanan High School water polo team.

For the few events that are carrying on this week, extra precautions have been taken.
At Woodward Park, the Cross Country State Championships have been moved to an earlier time Saturday.