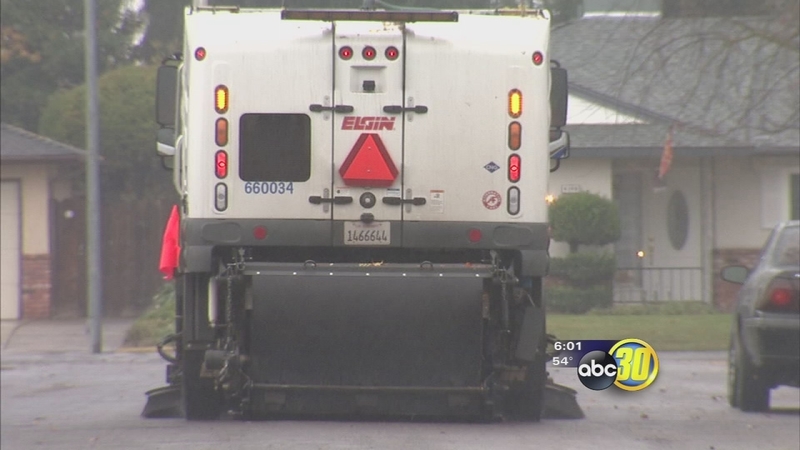 FRESNO, Calif. (KFSN) -- Since October Fresno has only had a few good storms, so rainfall is just above average.

Rain in drought-stricken Fresno can, at times, cause more harm than good. "We've gotta get all these leaves out of the gutter so it doesn't flood the city," said Lars Lindhe, street maintenance crew

Big machines like sweepers work non-stop in the winter. "This machine alone can't pick up all these leaves so we have to have the big rear loader garbage trucks and the big claw," explains Lindhe.

Steve Haugen of the Kings River Water Association said a few storms here and there won't cause flooding. Because in the city, and across the valley, bone dry canals are ready to collect rainfall. "At some point, depending on how water accumulates and runs off, we may ultimately get into flood releases this year but it's too early to make a call on that," Haugen explains.

Haugen said the only way we'd see real flooding is if rain and snow continue to fall at a rapid pace. "Our wettest year on record was 4.4-million acre-feet of runoff. We've got a million acre feet of vacant space-- that's a lot of extra water to have to deal with if you get a record year like that."

Snow pack right now is normal for December, but it's not a bad idea to prepare for what could be a record year.