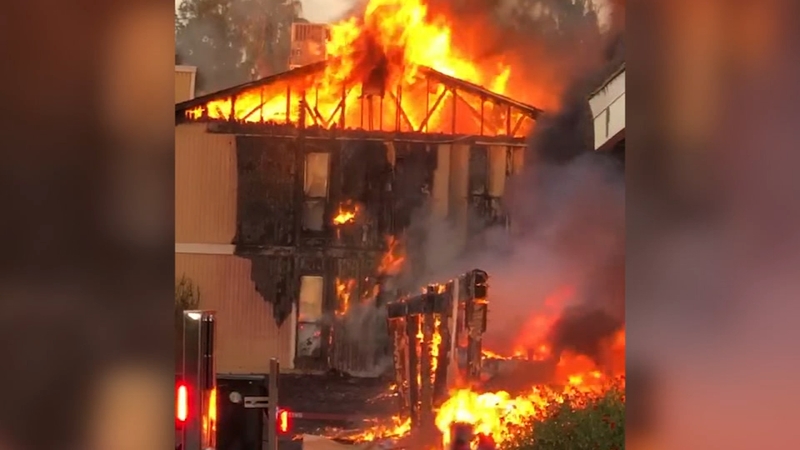 FRESNO, Calif. (KFSN) -- An older apartment complex could be the reason a fire left dozens without a home in northeast Fresno.

The fire, that tore through 14 units and eight cars at the Maplewood Apartments on Sunday, could have been much smaller if the building met new code standards.

Maplewood Apartments near Fresno State was built nearly 40 years ago.

And because of that it did not have to follow current code guidelines.

Firefighters say there are a couple things that could have prevented the blaze from spreading so quickly.

The first involves where it started - that dumpster.

The second is a sprinkler system which was not installed in the units.

It was sitting underneath a carport, something that is currently a code violation.

But not at this complex, because the building was built in 1980, and an update to the code was not made until five years later.

"Basically when a building is constructed, it's under the fire codes that exist at that particular time," Cabral says.

Those codes also did not require sprinklers inside the units.

"I can't help but think what a single sprinkler head would have done - probably 15 gallons of water per minute would have held that fire in check," Cabral says.

These were codes that some neighbors believe should be enforced on all buildings.

"You still have to kind of maintain it where people are living. You're responsible for them, you're taking rent from them," said one.

And all of this was coupled with the non-working fire hydrant.