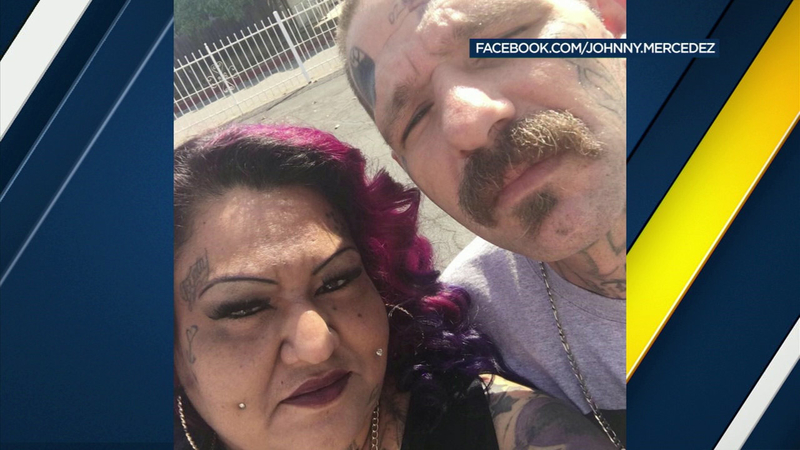 SAN DIEGO, Calif. -- Authorities arrested a Whittier couple who attempted to enter Mexico with a duffle bag containing the body of a 2-year-old girl.

Johnny Lewis Hartley, 39, and Mercy Mary Becerra, 43, both of Whittier, were arrested and booked into jail in San Diego on suspicion of murder after trying to enter Mexico.

Around noon Tuesday, Mexican law enforcement contacted the San Diego Police Department regarding the arrest of a man who had a dead child inside a bag.

The department's homicide unit headed to the San Ysidro Port of Entry and learned Hartley was denied entry into Mexico. Hartley was turned over to U.S. Customs and Border Protection officers until San Diego officers took him into custody.

A preliminary investigation revealed Hartley tried to enter Mexico with Becerra when they were stopped by Mexican customs agents. Becerra fled the scene and Hartley was detained with the duffle bag.

Authorities did an X-ray of the bag and found the child's body inside. Not long after the discovery, authorities took Becerra into custody and turned her over to U.S. authorities.

Authorities determined the crime may have happened in Whittier, and police were working with the Whittier Police Department in the investigation.

San Diego Police Lt. Ray Valentin said the couple knew the child, but Hartley and Becerra were not related to her.

Henry Munoz, a former neighbor, remembered Hartley as a good father, but said the family was evicted after not paying the rent.

"He was always with his kids, taking care of his kids, and I know he was trying to look for a job," Munoz said. "I know they had some difficult times where they couldn't pay their bills."

Anyone with more information regarding the case was urged to call the San Diego Police Department's Homicide Unit or Crime Stoppers at (888) 580-8477.