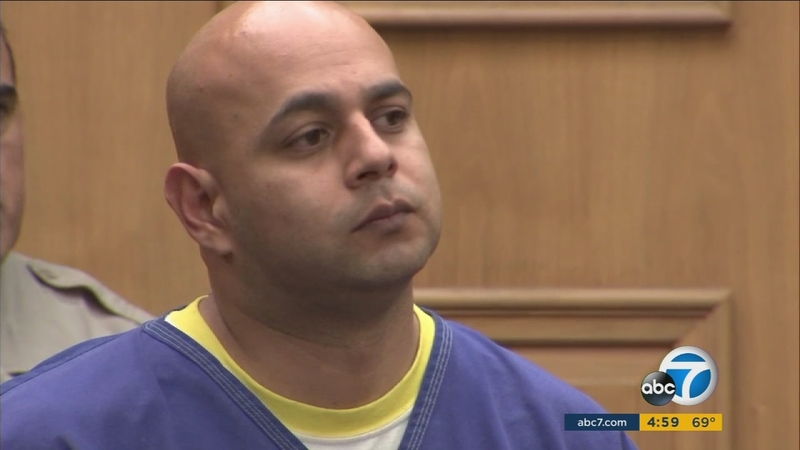 SANTA MONICA, Calif. -- A court filing in the case of a Whittier teen with autism who died after being left on a hot school bus claims the driver was having sex with a coworker at the time.

The driver of the bus, Armando Ramirez, was distracted by a coworker and lover, which resulted in him leaving 19-year-old Paul Lee on the bus unable to escape from the sweltering heat in September 2015.

""I was shocked and I just couldn't believe that someone is in charge of taking care of people that need help would be so cavalier," said Brian Panish, a lawyer retained by Lee's family.

A flurry of text messages obtained by the Whittier Police Department detail the couple's morning.

"They're very explicit. They're talking about X-rated type of activities, and they really put a timeline at exactly when they were at the different locations," Panish said.

The two drivers had rendezvoused at Ramirez's home, according to statements made to police. The mistress told police she felt bad after learning of Lee's death because they were laughing and having sex while the child was on the bus.

Panish is suing the Whittier School District and Pupil Transportation Co-Op. He said Lee, who was nearly 300 pounds, was sitting just three rows behind Ramirez.

Panish went on to say that texts show Ramirez's eyes were on his phone, not Lee, who was one of only five students on the small bus.

Ramirez was deposed in prison, where he is serving a 2-year sentence. The lawsuit claims that the bus co-op knew about the relationship and that management was negligent for failing to monitor activity that compromised safety.

"The parents entrusted this child to this school district and this bus company and they totally breached that trust," Panish said.