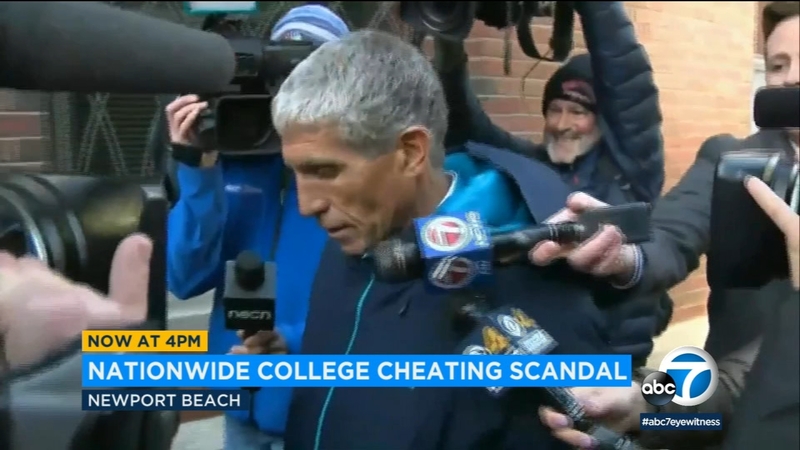 Up until last week, the 59-year-old ran a tutoring center and charity, the Key Worldwide Foundation, out of his $2.5 million home - which is now for sale.

"It was just kind of sudden and abrupt," said Singer's neighbor, Carn Darrow. "I said I saw you put your house up for sale. We are sorry to see you going. He did tell us because of taxes in the state of California and business."

Darrow said Singer was neighborly and would often encourage her children to work hard at school and sports.

On one occasion he spoke to Darrow's husband about his business.

"He kind of explained to me (he) would help potential athletes get into college... different colleges," said Brian Darrow.

But federal prosecutors say Singer's charity was a front used to help wealthy parents get their children into elite universities using bribery and lies.

One woman who lives in Singer's neighbor but asked not to be identified said the scheme is not new in her affluent community.

"We were just surprised that there were kids from the private high schools that would get extra time on the SAT.... they got extra time and then they got into all these incredible schools," she said.

According to the federal criminal complaint Singer would direct his clients to have their children tested for a learning disability to allow them more time on the college entrance exams.

Singer would also direct his clients to have their children take their tests at one of two facilities. Those clients would pay $15,000 to $75,000 to Singer to bribe test administrators at those two sites.

"I think it is really unfair they are paying mass amounts of money to have their kids doing this. It takes an insane amount of privilege to be able to do that as well," said Tihina Bulut, a student at the University of Pittsburgh.