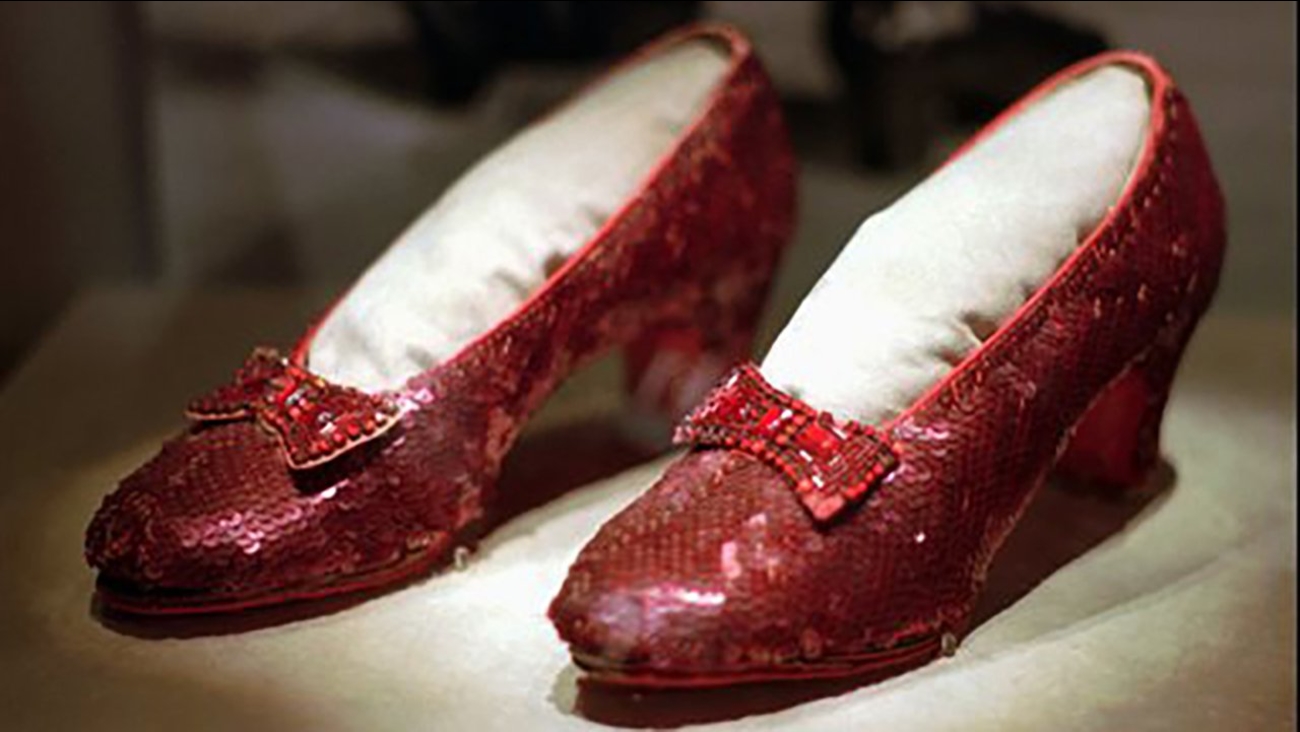 MINNEAPOLIS -- Federal authorities say they have recovered a pair of sequined ruby slippers worn by Judy Garland in "The Wizard of Oz" that were stolen from a museum in her northern Minnesota hometown 13 years ago.

The slippers were taken from the Judy Garland Museum in Grand Rapids in August 2005 by someone who climbed through a window and broke into the small display case. The shoes were insured for $1 million. Law enforcement offered an initial $250,000 reward, and a fan in Arizona offered another $1 million in 2015.

The FBI planned to announce details of how the shoes were found at a news conference Tuesday. The North Dakota U.S. Attorney Christopher Myers and Grand Rapids Police Chief Scott Johnson were due to attend.