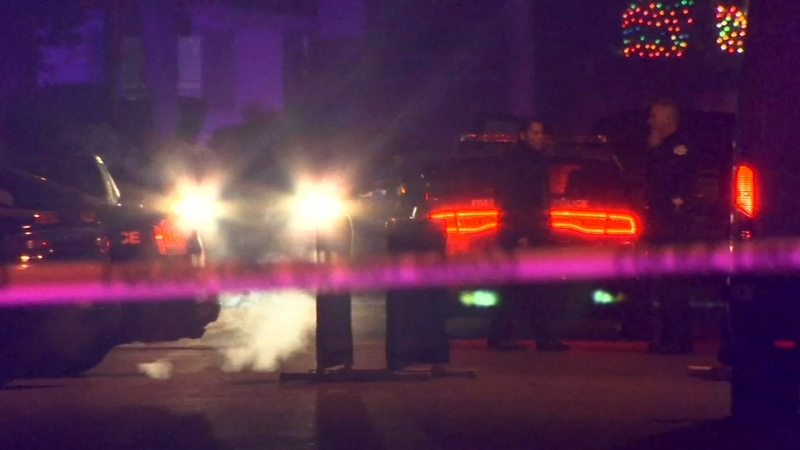 FRESNO, Calif. (KFSN) -- A gun, several bullets, and drops of blood all add up to evidence of a double murder, according to prosecutors.

Surveillance video from a neighbor's door recorded the sounds of a drug deal going bad and two friends dying.

The three men and Michael Rackley had just finished a large drug deal when the gunfire broke out.

Rackley ran away after seeing Fairhead was hit.

"As he runs, he turns and looks behind him and he sees his friend Scott on the ground," said prosecutor Deborah Miller. "He also sees the defendant, Gary Perry, chasing him, Michael, and shooting at him."

"Hey Michael, It's all good," you can hear Perry saying in the video. "I'm not going to shoot you."

Fairhead and Gaffney died just outside Fairhead's car, but the shooting spread evidence around the area.

"I located and collected two bullets and seven cartridge cases," said Jessica Winn of the California Department of Justice.

Investigators tested fingerprints on the car and blood at the scene. It all pointed to Perry and the victims.

Police collected evidence from the victims' homes, including a receipt for the 9mm murder weapon.

They found a safe containing drugs and cash, at least some of which was counterfeited.

They also found some important footwear at a home belonging to another of Perry's friends.

"Red shoes were actually the shoes that he was wearing during the homicide," said homicide detective Miguel Alvarez.

Perry confessed to killing both men, although he said he shot Fairhead accidentally then killed Gaffney because he saw what happened.

The judge will let the jury decide.