Highway 140 into Yosemite closed due to rockslide 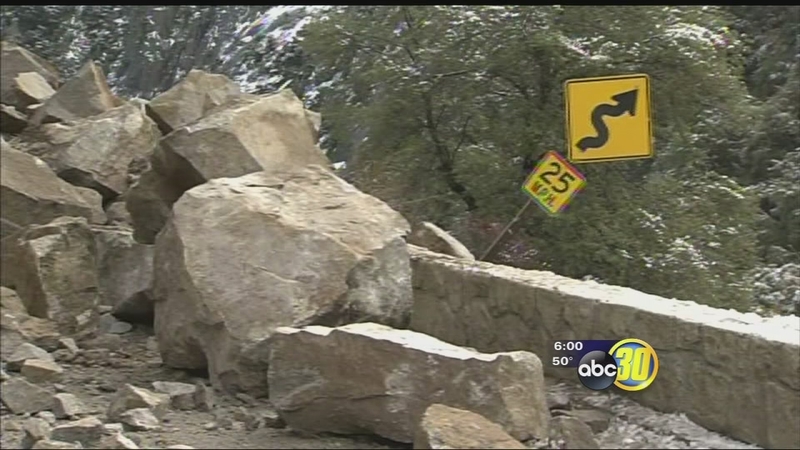 Highway 140 into Yosemite closed due to rockslide

A rockslide happened early Thursday morning and forced the closure of Highway 140 below the arch rock entrance to the park. A large boulder fell in the area of the 2014 Dog Rock fire.

Heavy equipment has been brought in to move the large boulders that fell.Until they are moved the only way into Yosemite National Park is through Highways 41 and 120.

The rockslide covered El Portal road and the route considered the all weather path into Yosemite. It's the road usually the most reliable and least affected by the weather-- except for Thursday. "So for folks to go around here to the south and use Highway 41 is a good two-and-a-half to three hours. So for folks coming from Fresno or the Central Valley that usually use the south entrance Highway 41, you know, they're not affected," said Scott Gediman, Yosemite National Park.

Tourists from Switzerland were among the dozens forced to take the long way in the national park. "We drove down to El Portal, stayed there for the night, then in the morning we heard that there was a rockslide, so we had to turn around," said Simon Alder, Switzerland tourist.

Geologists and park rangers are not moving any boulders just yet. They're still in the assessment phase of figuring out if the hillside has stabilized. Although there hasn't been any activity since the slide it is still considered an active rock fall zone. Cameras are now watching and recording the hillside above the road.

A couple of bay area travelers decided to skip Yosemite and enjoy the snow capped views outside the park. "Plan B, hotel Jacuzzi. Staying warm, you know, in the water," said David Gerasimov, San Francisco resident.

Park rangers blame the effects of the Dog Rock fire in 2014 for making the hillside prime for a rockslide. The area has also been pounded with rain and snow for 49-hours.