While projects were in the pipeline, city manager Alex Henderson said the pandemic has not slowed growth.
KFSN
By Amanda Venegas 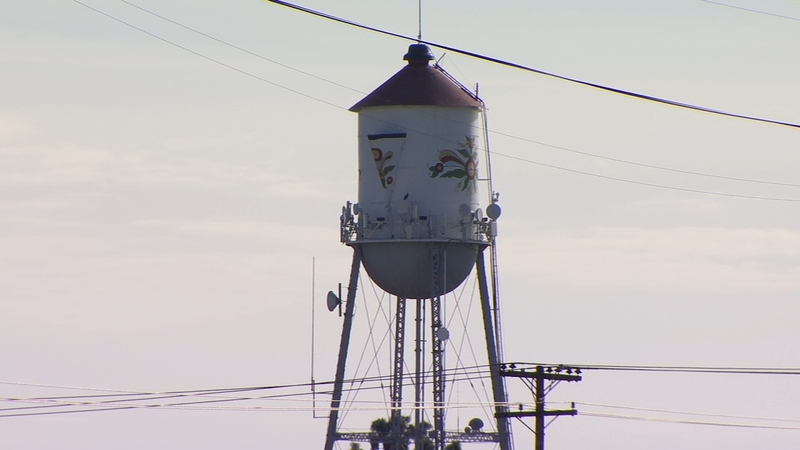 KINGSBURG, Calif. (KFSN) -- Kingsburg is growing, and construction is happening across the area. While projects were in the pipeline, city manager Alex Henderson said the pandemic has not slowed growth.

"We've really seen a number of really exciting new prospects in Kingsburg, and we're standing at one of them right now, Grocery Outlet," Henderson said.

At the corner of Sierra and Simpson streets, a Grocery Outlet, Adventist Health, and soon a Dutch Bros will call the area home.

T-Mobile is coming to the old Kmart.

"Since early 2019, we've been talking a lot about the T-Mobile merger. They selected Kingsburg as their only California location. It's a former Kmart site, so it's about 100,000 square foot building that was vacant, and they're going to bring about 1,000 jobs," Henderson said.

About $19 million will be spent on tenant improvements on the building.

"You can see here with that project, you start to see the trickle-down effect of having something that large and the employees here," Henderson said.

In the downtown area, the old Bank of America is under renovation.

The Stone Plaza is a dirt lot now, but the owner hopes to build housing and commercial space on the bottom.

The K-Corporate Center is also expanding with 58,000 square feet of space off Simpson. A majority of the area has been leased out.

"We have a 21-day turnaround on our permitting process, which is a really big deal, especially if you're someone who's trying to come in and get financing and get your project off the ground," Henderson said

The city is also offering financial incentives. All ingredients officials say is helping encourage developers to build during this time.