16-year-old arrested, accused in killing of co-owner of Waukena Market in Tulare County 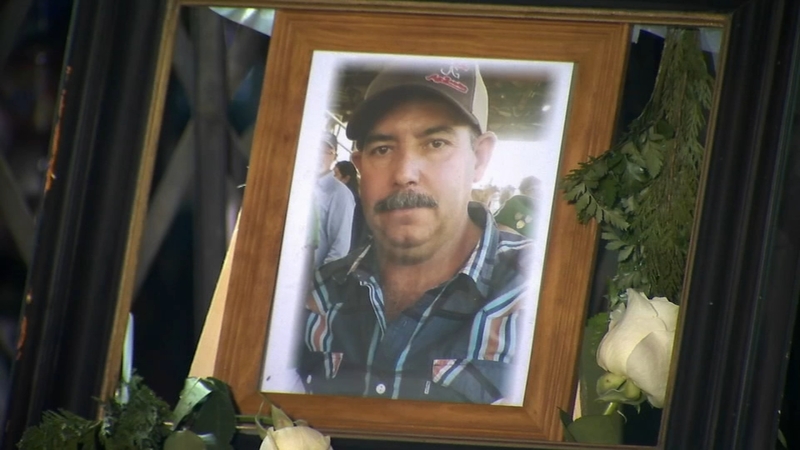 FRESNO, Calif. (KFSN) -- A 16-year-old has been arrested in connection with the deadly shooting at the Waukena Market, County sheriff's detectives said on Thursday.

During an attempted robbery on Monday night, the store's co-owner Manuel Martin, who was working behind the counter at the time, was shot to death. The Waukena Market is the only store in Waukena, a small town east of Corcoran, and residents call it their community hub.

The Tulare County Sheriff's Department said on Wednesday detectives found the home where one of the suspects involved was staying in Richgrove, a town east of Delano.

Detectives are still searching for the second suspect. Anyone with information on the case is asked to call 559-733-6218.

On Thursday night, friends and family came together in prayer to remember the beloved business owner.

Some said more than half the town came out to grieve - a mark of the impact Martin had on the small community.

"It just shows how loved and how great of a guy he actually was," said resident Marie Palomares.

The husband and father of three was a friendly face at the only market in town who came to know his customers by name.

Many said he made you feel welcomed just by entering the door of the market.

On Monday night, Martin was working the cash register when two men came inside and demanded money.

Martin was shot twice in the chest and killed. The suspects initially got away, but the 16-year-old behind the gun is the one now in custody.

The Sheriff's Office did not release the name of the suspect, but they believe he's been involved in a string of robberies throughout Central California in recent months. Officials are still searching for the second suspect.

Those from Waukena and beyond showed their appreciation for Martin through flowers, candles, and donations.

"We just want to make sure that the family knows that we are here for them and that we all knew him and that we all loved him," said resident Delaney Shaw.
Report a correction or typo
Related topics:
tulare countycrimemurderfatal shootingarmed robbery
Copyright © 2021 KFSN-TV. All Rights Reserved.
CRIME