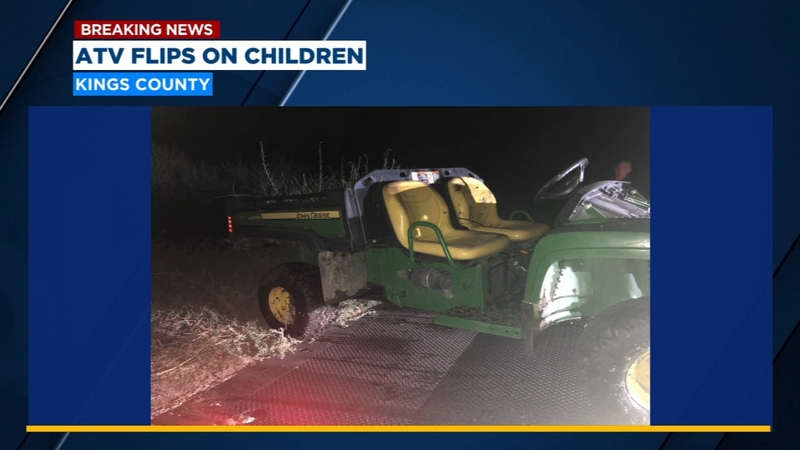 FRESNO, Calif. (KFSN) -- Two children were hospitalized after an ATV crash in Kings County, according to California Highway Patrol officials.

It happened in the area of Yokut and Saltgrass Roads southeast of Lemoore just before 8 p.m.

Officers say the two girls managed to get out and ran for help, while the two boys were pinned underneath the vehicle.

Adults rushed to the slough and performed CPR on the boys before they were transported to Adventist Health in Hanford, officials say.

Officers say the two boys are brothers, ages six and four. Authorities say they each have a pulse but are not breathing; further information regarding their injuries are unknown at this time.