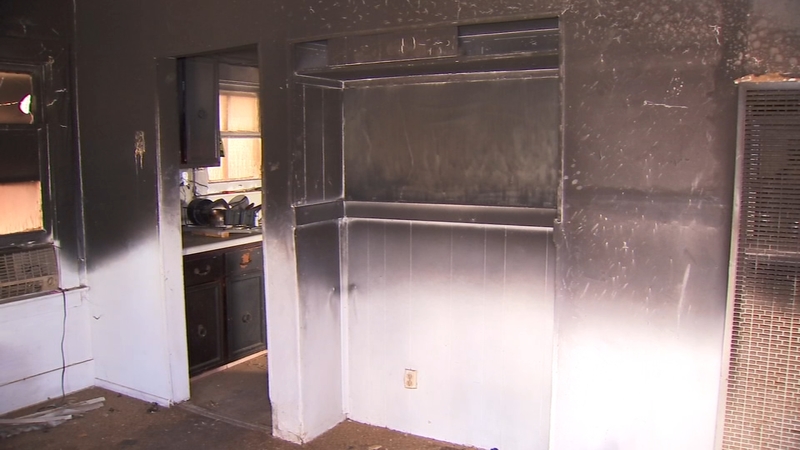 FRESNO, Calif. (KFSN) -- "Everything is messed up," said the man, who wanted to be identified as Joe, that used to live in a central Fresno home off of East Hedges Avenue.

Saturday morning the house went up in flames.

"The outside is all fire," he said.

"I tried to open this door, and I opened it and the smoke just hit my face," he said.

The smoke was thick and the fire right was outside his room. He couldn't get to the door so he escaped through a window.

"I found a way to get out. I climbed up to the window and got out," Joe said.

Joe thought he was the only one home.

Little did he know two of his roommates were inside the back end of the house.

Fresno Fire made the discovery about 8 minutes after they arrived.

The victims were rushed to the hospital with major injuries.

Joe said the male and female victims are married. Both remain in critical condition.

They all rented rooms in the home. According to Joe, they were as close as siblings.

Fulmer says had there been functioning fire alarms in the home they all could have made it out safely.

"There were no working smoke detectors in the house, which if there were all occupants would have been alerted," he said.

As for Joe, he's not sure what's next, but he does know he needs to find a new place to live.