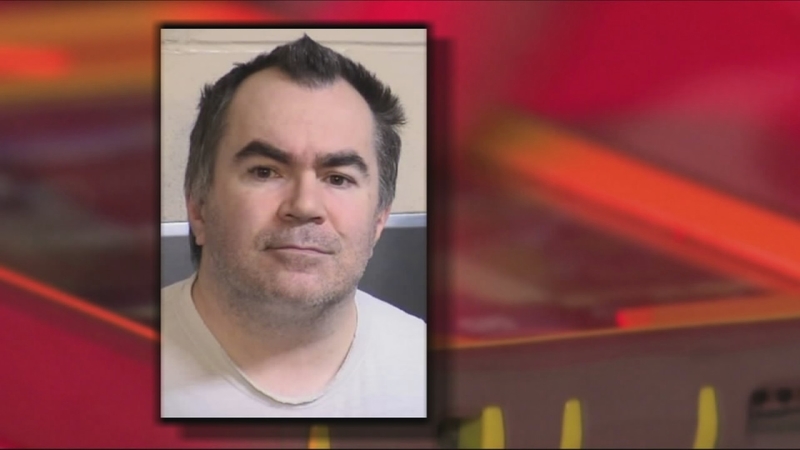 "I mean, it was just horrendous and he was clearly grooming," said Todd Thomas.

But when this Clovis dad caught a man sending his teenage daughter sexually explicit messages, he took matters into his own hands.

He made a citizen's arrest, and despite his instincts, he did it without violence.

After finding a strange cell phone in his daughter's possession, a Clovis dad arranged to meet the man who gave it to her.

Hugo Rabson is on blast. An angry dad made sure of it.

"She was laying there with her head on her arm and a cell phone in her hand and I don't let her have a cell phone," Thomas said.

He and his wife did some digging to figure out how she got it and how she used it.

Their daughter told them she met Rabson, a 42-year-old, on an app called Whisper she could access without her own phone.

Rabson eventually gave her the phone inside a hollowed out book she kept to hide the phone at home. And he used it to send her messages.

"I was shocked at what I found," Thomas said. "The messages this man had sent to my daughter are worse than anything I'd say to a one-night stand."

Action News dug up an arrest warrant revealing the content of some of those messages.

"Daddy needs to see his little girl... naked," he wrote, using the nickname he wanted to be called, "Daddy Sugar." It only got worse from there.

Thomas says his first instinct was to beat the guy with a baseball bat.

"I wanted him gone, off the face of the earth," he said. "I couldn't believe he'd done this to my baby."

But Thomas knew violence wouldn't help anyone, so he hatched a new plan. He posed as his daughter and texted the man on the other end of the line, asking him to meet at the same place where he gave the girl the phone.

"The guy was sitting alone at this table, facing the dirt road," Thomas said.

The angry father brought a friend to help him make a citizen's arrest, and they recorded some of the interaction with Rabson. They recently posted the video to Facebook and users have shared it more than 1500 times.

Clovis Police and Fresno County Sheriff's Deputies arrested Rabson. But in the search warrant, they reveal that Rabson reset his phone, deleting all evidence from his phone. They still had evidence on the phone he gave the girl, though.

Prosecutors charged him with felony arranging a meeting with a minor for lewd or lascivious behavior.

He pleaded not guilty last week, and he's free on a $30,000 bond right now, so we tried to get him to tell his side of the story.

A young man in his house told us Rabson wasn't home and couldn't be reached.

His attorney told Action News he's waiting to see the evidence before figuring out a defense.

Thomas says he wants to use his pain to help other fathers in similar situations.

"All over the world we have children getting attacked and dads having to deal with this," he said. "And if a dad doesn't get help, that family could end up without a father because he's going to off himself or go after that predator."