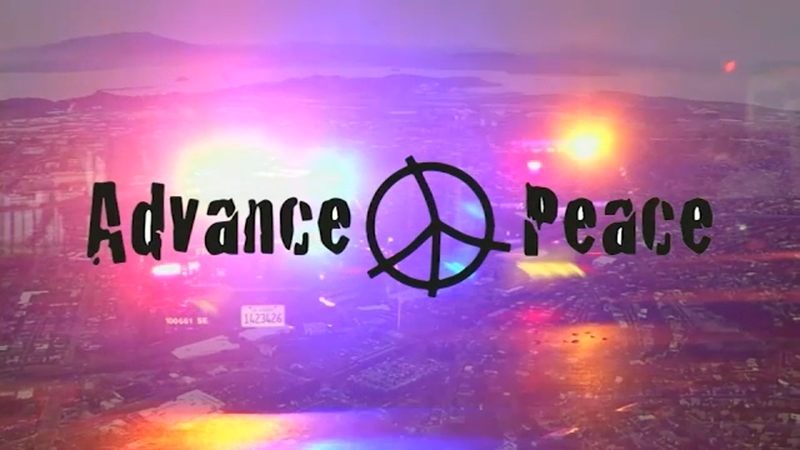 FRESNO, Calif. (KFSN) -- A group of Fresno faith leaders are denouncing the city's decision to pull almost $1 million in funding to the violence prevention program known as Advance Peace.

The city allocated $950,000 to Advance Peace, but never distributed it.

Retaliation was in the air after someone shot and killed an 18-year-old at the Bowlero bowling alley in north Fresno in March.

Advance Peace agents stepped in and the violence stopped.

"They've been on scene for over 50 incidents where there were guns drawn and threats made and they've responded to over 200 shootings," said Marcel Woodruff, one of the "agents of change" at Advance Peace.

That's the model for Advance Peace: Community members and former gang members build relationships with people who are involved or might get involved with gangs and try to reduce violence.

The model is credited with reducing violence in Stockton, Richmond, and a couple other California cities.

Advance Peace set a goal last year of reducing violent crimes in Fresno by 10% or more in 2022. As of mid-June, homicides are down 26.5%.

But in April, Advance Peace employee Leonard Smith was one of more than 40 people arrested as part of Operation No Fly Zone.

At that point, city leaders decided not to deliver on a $950,000 promise to Advance Peace.

Police Chief Paco Balderrama "was adamant that due to the criminal indictment of an Advance Peace member for conspiracy to commit murder, threats made to at least one city council member, and the misuse of sensitive information provided to Advance Peace, Fresno PD could no longer partner, share information, or work with Advance Peace under the current model," White said.

They've redirected the money to other violence prevention programs.

Foster says police never gave them sensitive information. And he points out that a lot of people in his community trust Advance Peace.

So do the 28 faith leaders who signed a letter to the mayor and city council in support of restoring funding to the program, even after Operation No Fly Zone.

"We've seen the results," said Simon Biasell, the pastor of Woven Community Church and one of the letter's signatories. "We've seen that they're working, that our city is safer. And we know this is an essential program that Fresno needs."