Woman hit and killed by car in Armona, CHP says 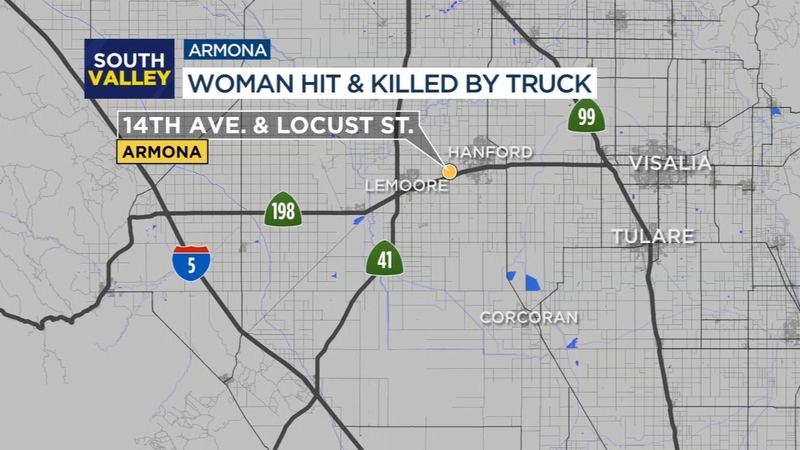 Woman hit and killed by car in Armona, CHP says

ARMONA, Calif. (KFSN) -- A woman was hit and killed by a car while walking in Armona on Monday afternoon, according to the California Highway Patrol.

Investigators say the woman was crossing 14th Avenue near Locust Street when she was hit by a driver leaving the nearby Dollar General parking lot.

The woman was taken to Kaweah Health Medical Center in Visalia, where she later died.

The CHP says the driver had not seen the woman in the crosswalk, and it doesn't appear that alcohol or drugs were factors.

Officers are still investigating the crash.