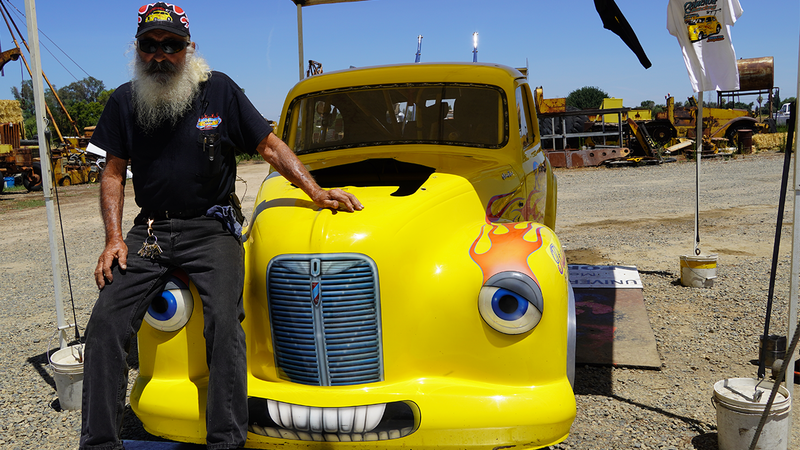 MERCED, Calif. -- If you're looking for Gary Reinero, just listen for the sound of an engine. The only challenge might be finding which engine he's starting; after all, the Merced native has a lot of toys.

But to hear the loudest one of all, you'll have to find him at the racetrack.

"Some say I'm the fastest guy in town, but I don't know about that either," Reinero said with a laugh.

At the age of 78, Reinero is a drag racer. He's consistently the oldest guy on the track.

"They point at me and say that old guy drives the car?" he said.

He got his start at age 15 and raced during the 50s and 60s. After taking a break to focus on the family trucking business, he came back to the sport in the late 90s and it was like he never left.

"I'd put it to a great big roller coaster when you come off the hill, your stomach comes up in your throat," Reinero said about the feeling you get when you're drag racing.

"That's what this is like going straight, it'll get ya too. I wish everybody could feel that."

He drives up and down the western portion of the US to compete, traveling thousands and thousands of miles for a race that's over quick.

What's unique about Reinero, besides pushing 80 and driving over 200 miles an hour, is the car he drives. A 1948 Austin with 2,000 horses under the hood a smiley face on the front.

He competes in the AA Supercharged Association, filled with nostalgic cars - he won five straight association championships from 2002 to 2006 - and despite constantly being the oldest one on the track, he just keeps going.