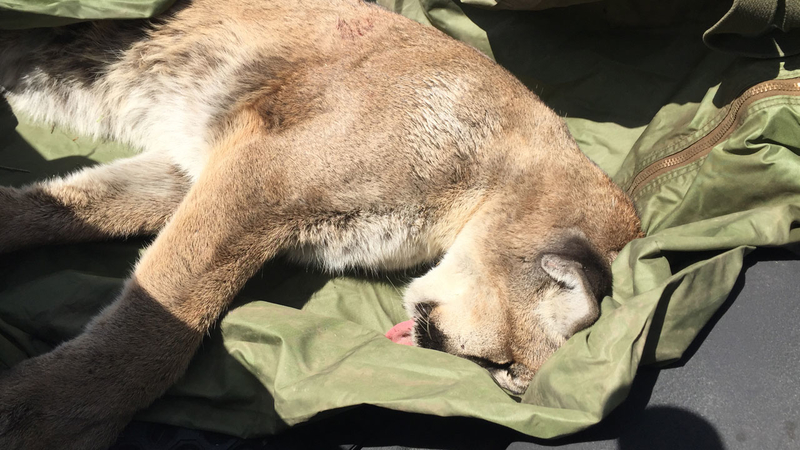 AZUSA, Calif. -- A 140-pound mountain lion was caught after climbing a tree in a person's backyard in Azusa Friday, prompting evacuations of nearby homes and a lockdown of a school as a safety precaution.

Shortly before 11 a.m., authorities received several reports of a mountain lion roaming around a neighborhood in the 500 block of E. Sixth Street. Officers responded and found the large animal about 30 feet up a tree in a backyard.

Resident Mario Granado said he came home and saw that the area was blocked off. He said a neighbor told him about the wild animal in the tree.

As a precaution, nearby homes were evacuated and Lee Elementary School was placed on lockdown.

"We just didn't want to take any risks with it trying to get north across some busy roads," said Adam Smith, game warden with California Fish and Wildlife.

Residents in the area said they will see a coyote roaming around, but an adult mountain lion is rare.

California Fish and Wildlife officials used a tranquilizer dart on the animal and successfully removed it from the tree around 1:20 p.m. It was placed into the back of a trunk and taken to a safe location in the foothills.

The evacuations and lockdown were lifted as the animal was safely removed from the area.