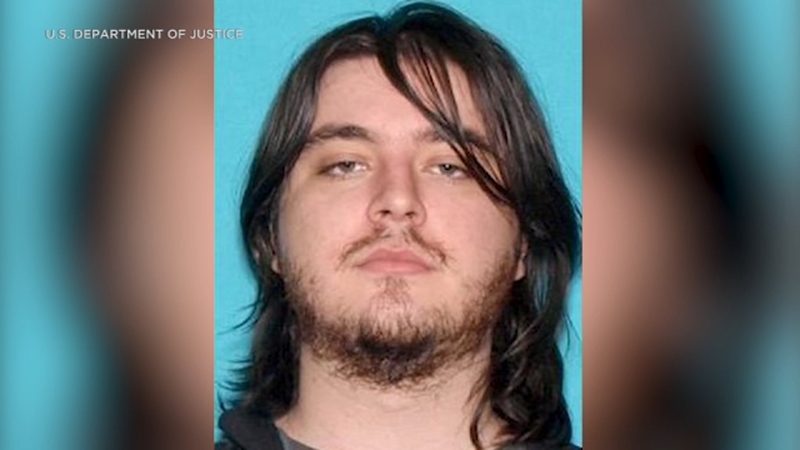 BEVERLY HILLS, Calif. -- A Beverly Hills man has been arrested for attempting to hire a hitman to murder a woman he briefly dated and paying $13,000 in Bitcoin to make her death look like an accident or robbery gone wrong, prosecutors said.

Scott Quinn Berkett, 24, was arrested Friday on a murder-for-hire charge. Berkett allegedly wanted to kill the woman, who repeatedly tried to break off the relationship.

If convicted on that charge, he could face a decade in prison, the U.S. Attorney's Office in Los Angeles said in a news release. He is scheduled to appear in court Tuesday. It was not immediately clear if he had an attorney who could speak on his behalf.

He allegedly met the victim online last year, authorities said. She flew to Los Angeles to meet him in late October and tried multiple times to break up after he exhibited "sexually aggressive" behavior.

Berkett continued contacting the woman through April, when a family member reached out to Berkett through his father's phone, prosecutors said. Berkett appears to have responded by saying "consider this matter closed" on April 20.

Instead, Berkett allegedly contacted a group on the dark web that had advertised murder-for-hire services, authorities said. The group contacted a media outlet - which is not named in court documents - that in turn provided information to the FBI, such as messages, documentation of Bitcoin payments and information about the victim's identity, location and her distinctive tattoo.

Berkett is accused of submitting his order for the hit on April 28. He allegedly paid $13,000 in Bitcoin between April 5 and May 5 for the murder.

"I'd like it to look like an accident, but robbery gone wrong may work better," he wrote, according to court documents. "So long as she is dead. I'd also like for her phone to be retrieved and destroyed irreparably in the process."

The FBI agent, posing as a hitman, contacted Berkett on Wednesday, authorities said.

The undercover agent offered to procure a "souvenir" for Berkett, court documents show, but he demurred, saying only a proof-of-death photo of the woman's corpse and her tattoo was necessary.