Billionaire coal executive dies in helicopter crash in the Bahamas 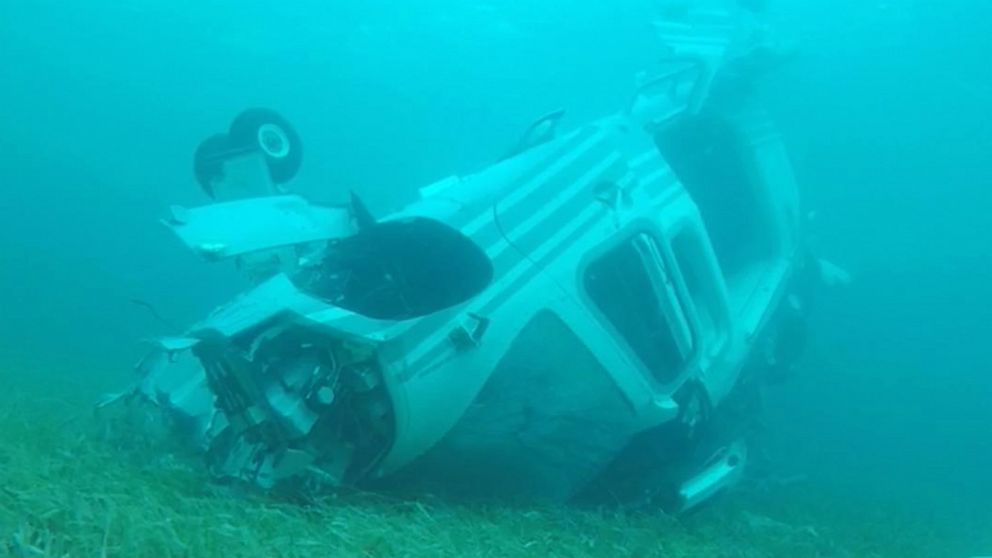 Billionaire coal executive Chris Cline was killed in a helicopter crash in the Bahamas on Thursday.

Cline, who founded the Cline Group and later Foresight Energy and built himself into one of the preeminent coal producers in the country, was one of seven people on a helicopter that crashed near Grand Cay on the Fourth of July, according to his lawyer Brian Glasser.

Four women and three men -- all American -- were killed in the crash, which took off from Big Grand Cay for Fort Lauderdale, Florida, at about 2 a.m. on Thursday, according to the Royal Bahamas Police Force. The helicopter was reported missing just before 3 p.m., police said.

One of Cline's daughters, friends of the family and the pilot were also among those killed, Glasser said.

Bahamas officials did not confirm Cline was on board, however, they did identify the helicopter by tail number. The helicopter was owned by Cline's Challenger Management LLC.

The helicopter was later found overturned in about 16 feet of water off Grand Cay, where the seven bodies were recovered from the aircraft, police said. The Bahamas Air Accident Investigation Department said the bodies were transported to Rand Memorial Hospital, in Freeport, on Grand Bahama island.

The Bahamas' Civil Aviation Authority and police and defense forces were investigating the accident. The U.S. National Transportation Safety Board had an investigator on standby and was ready to assist, NTSB spokesperson Eric Weiss told ABC News Friday, while the U.S. Federal Aviation Administration confirmed the Bahamas' Civil Aviation Authority had reported the crash to the agency. The helicopter's manufacturer, Leonardo Helicopters, said it had dispatched a team to the Bahamas.

A State Department spokesperson said the U.S. Embassy in the capital, Nassau, was working with local authorities and providing consular services to the victims' families.

West Virginia Gov. Jim Justice, a coal industry executive himself, mourned the loss of his friend, writing, "Today we lost a WV superstar and I lost a very close friend. Our families go back to the beginning of the Cline empire - Pioneer Fuel. Chris Cline built an empire and on every occasion was always there to give. What a wonderful, loving, and giving man. Cathy and I are praying for his family and all those involved in this tragedy."

West Virginia state Sen. Sue Cline, who represents the state's 9th District, confirmed her friend had died in the helicopter crash in a response to Justice on Twitter.

"Prayers for Family and friends of my great friend Chris Cline and his daughter Cameron and her dear friends who we loss (sic) today in a helicopter crash," she wrote. "Chris was a exceptional human being and we all loved him so much. Such a loss for all 7 aboard today. Our hearts are broken."

The executive founded Foresight Energy in 2006 when he bought mining rights in Illinois and struck it big. Forbes estimated Cline's worth at $1.8 billion at the time of his death. He was ranked as the 388th-richest person in America in 2017.

Cline was also a supporter of President Donald Trump, a friend to the coal industry. In his 2018 State of the Union address, Trump proclaimed he "ended the war on American energy -- and we have ended the war on beautiful, clean coal."

Cline died one day before his 61st birthday.

Marshall University, which Cline attended, named its athletic complex after him following a $5 million donation to the school.

"Our hearts are heavy with the terrible news this evening of the passing of prominent Son of Marshall Chris Cline," Marshall President Jerome Gilbert said on Twitter. "Chris's generosity to our research and athletics programs has made a mark on Marshall University. I am praying for his family."

The billionaire owned a house in North Palm Beach near the mansion Woods used to share with Nordegren. He was divorced and a father of four children.