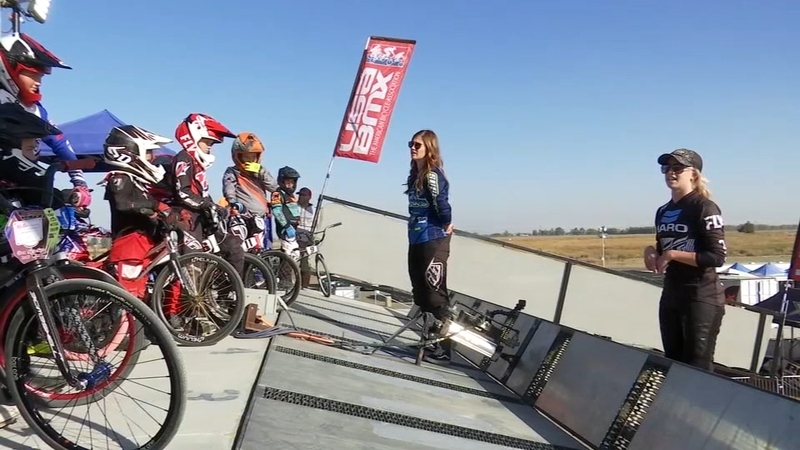 FRESNO, Calif. (KFSN) -- At the BMX Raceway in Lemoore, the next generation of riders get the chance to ride a track that's also used by one of the best riders in the world.

"To be able to be home with my family and have a nice facility to train at is huge because most of my competition, they live in San Diego training at the Olympic Training Center," said Visalia's Brooke Crain.

Crain was an Olympian in 2012 and 2016 and a self-described homebody. She loved not only the chance to train locally but also to give back to kids at clinics (like the one in the video from October of 2018).

"That was a big thing for me when I ended up stepping into these footsteps of being an Olympian and a professional athlete. I remember how professionals made me feel as a kid and I always wanted to be that kind of pro."

It was another such clinic that took her to Washington state in March. "The day after we landed is when everything hit the fan," she told ABC30. 'The fan' would be the outbreak of COVID-19 delaying not only the 2020 Olympics, but also Crain's plans post racing. "I hadn't announced it, and I wasn't 100 percent sure, but I was at the point where if I made this Olympic team I didn't see myself continuing next year."

She was in position to qualify for the 2020 Games prior to its postponement, and while the prospect of a 2024 Olympics in Los Angeles is enticing, Crain says she wants to try something different after this Olympic cycle. Whether that's public speaking or something else entirely, she says Tokyo will be her final games.