An attorney says that the former employee's cars were set on fire hours after the lawsuit was served.
KFSN
By Jessica Harrington 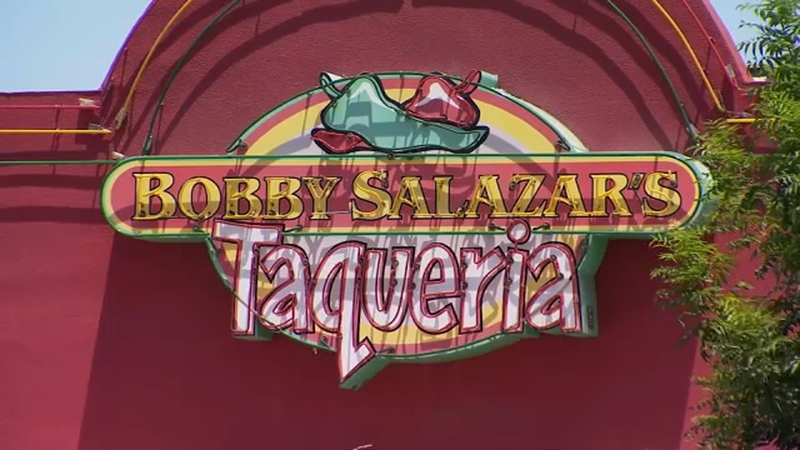 FRESNO, Calif. (KFSN) -- A Fresno mother files suit against on one of the most popular restaurateurs in the Central Valley for discrimination and wrongful termination.

Her attorney says that same woman's cars were set on fire hours after the lawsuit was served.

Attorney Brian Whelan tells Action News Hilda Lopez worked as a cook at Bobby Salazar's in Fresno's Tower District from July of 2019 to November of 2020.

A lawsuit filed earlier this month claims Lopez did not regularly receive her rest and meal breaks.

The suit also claims Lopez's managers punished her for being pregnant and denied her the opportunity to come back to work after she gave birth.

"As punishment for complaining in writing, which she did via text, she was sent to another restaurant to clean the bathrooms and she was ultimately not allowed to return to work, which is a violation of the law," said Whelan.

Whelan said Salazar was served with the lawsuit on June 22 around 4:30 p.m.

He claims in the early morning hours of June 23, all three of Lopez's family vehicles were set on fire.

"It's obviously a very scary thing, you come out in the middle of the night and your cars are literally exploding," Whelan said.

Whelan represents Rodrigo Tovar in a lawsuit against Bobby Salazar.

A lawsuit filed in February of 2020 claims Tovar was discriminated against based on a medical condition and that he was wrongfully terminated.

As part of that case, a witness, who we've been asked not to name, wrote a written declaration in April of 2020.

It claimed Salazar offered the witness $500 to lie and say Tovar tried to sell the witness drugs while at work.

In a legal filing for the case, Whelan claimed shortly after the declaration was submitted, the witness's car was "fire bombed using an accelerant."

In that filing, Whelan also claimed his office was also a target in August 2020 when it was "fire bombed with the same method as what (the witness) experienced" after someone threw a Molotov cocktail at his office window, damaging it.

"Just to be clear, I'm giving the facts as they exist and people can connect the dots for themselves." Whelan said. "So the facts are, these series of events have taken place, associated with lawsuits that I'm involved in, and, most recently, the facts are that a lawsuit was filed and it was served on Mr. Salazar and within nine hours all three of the cars are blown up."

The Fresno Fire Department confirmed all three incidents and said they remain under investigation. No suspects have been named.

Fire officials said they are utilizing resources from Fresno Police and the U.S. Bureau of Alcohol, Tobacco, and Firearms as they continue to gather evidence.

He said has not had a chance to review the lawsuits, so he could not comment on them Tuesday, but did respond to Whelan's comments related to the fires in a statement:

"The allegations made against Robert "Bobby" Salazar by Brian Whelan are false and there is absolutely no evidence to substantiate the allegations made against Mr. Salazar. Unfortunately, it appears that Mr. Whelan is trying to slander and defame Mr. Salazar to harm his reputation as a respected, small business owner to the public and prospective jurors in Fresno County. This is unfair to a long-time, local restaurant owner who has and continues to give back to his community. Mr. Salazar respectfully requests that Mr. Whelan immediately cease and desist making unsubstantiated claims and allegations. It is totally improper to be commenting on pending litigation to create an unfair advantage."

In the Fresno Bee, which first reported on this controversy, Mr. Salazar denied having any connection to the fire incidents, reportedly telling the paper "There is no way I would do that. I don't even know people who would do that."

Court records show, in 1997, Salazar pleaded no contest to felony charges of insurance fraud and possessing stolen property for arranging to have his vehicle stolen.

He was sentenced to a year in jail and 600 hours of community service.

Salazar testified in court that it was 'a moment of bad judgement'.

Meanwhile, Whelan has created a GoFundMe page for the Lopez family.

He said the family doesn't have the resources or the ability through insurance to pay for the damage and they need help.