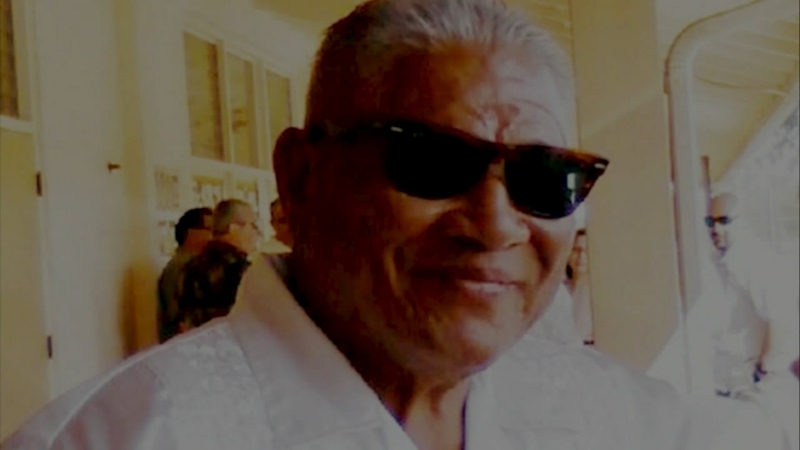 FRESNO, Calif. (KFSN) -- A CHP officer will avoid any jail time despite a conviction for running a stop sign and killing another driver.

Fred Ricardo was a beloved member of the local softball community and a friend to at least two former Fresno County administrative officers.

The view from above showed the aftermath of the collision that killed the 69-year-old.

"Dude, he must've hit him hard," said a voice from the Fresno County sheriff's helicopter in video acquired by Action News.

Officer Bradley Bowman had run a stop sign at Brawley and Kearney and crashed into Ricardo.

Bowman did his best to save the man who lived less than a mile away, but the deadly damage was already done.

A big family lost its heart.

"My father is, was, and always will be the greatest man I've ever known," said his son, Dominic Ricardo. "He was a selfless, humble and honest man who put everyone first before himself. He would even help strangers by giving them a blanket, food, or a ride if needed."

Action News also acquired video from Bowman's car, but it stops just before the collision and picks up again afterward.

A CHP report shows the officer had turned on his emergency lights but not his siren as he tried to track down a stolen vehicle he was not assigned to chase.

On Thursday, he apologized to his victim's family.

"On October 22, 2020, I caused a crash that took Fred Ricardo's life, one of the members of the community I was sworn to protect," Bowman said.

The judge wouldn't let us record Bowman's face, but he teared up as he told the family he thinks of Fred Ricardo every day and knows he's caused the family enormous pain.

And as he spoke, some tearful family members granted him grace.

"I forgive him because it's what Uncle Freddy would've wanted and I forgive him to bring peace to my heart," said Raquel Alvarez, Ricardo's niece.

Bowman will serve one year on probation and he'll do 480 hours of community service for his misdemeanor vehicular manslaughter conviction.

It's not enough for many of Ricardo's family members and part of the reason his three brothers are struggling to forgive, even though they believe Fred Ricardo would want that.

"There's no hate," said David Ricardo, who said he and Fred were born 10 months apart and raised like twins. "We can't bring him back. But I'm not ready to forgive."