Firefighters had to cut through the metal bars on the windows of the building to pull the two people to safety.
KFSN 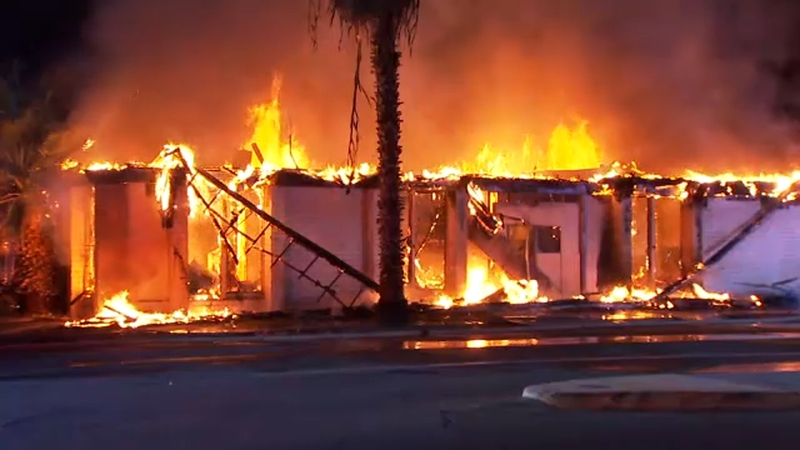 Authorities received a call about the building on First St near Washington Ave. just before 6 am.

The building, which was previously a business but is currently vacant and boarded up, was completely engulfed in flames when fire crews arrived.

BREAKING NEWS: Fresno Fire is working to put out a building fire at First and Washington. It’s a vacant building, but two people were trapped inside. Fire chief says they were rescued, no injuries. I’m live w/ the latest details on @ABC30 Action News AM Live. pic.twitter.com/7SwmOSXKqN

Flames could be seen shooting out of every part of the structure.

Firefighters had to cut through the metal bars on the windows of the building to pull the two people to safety.

Not long after that, the roof of the structure collapsed.

Fresno police blocked off both sides of First Street in the area for several hours.

FIRE UPDATE: Crews are in defensive mode, looks like most of the fire is out.

**TRAFFIC ALERT: Chief says First Street will be closed for the next two hours as crews continue to monitor the fire. https://t.co/yoxkzCrzW3 pic.twitter.com/FJ0SpSymGF

Officials are currently investigating the cause of the fire.