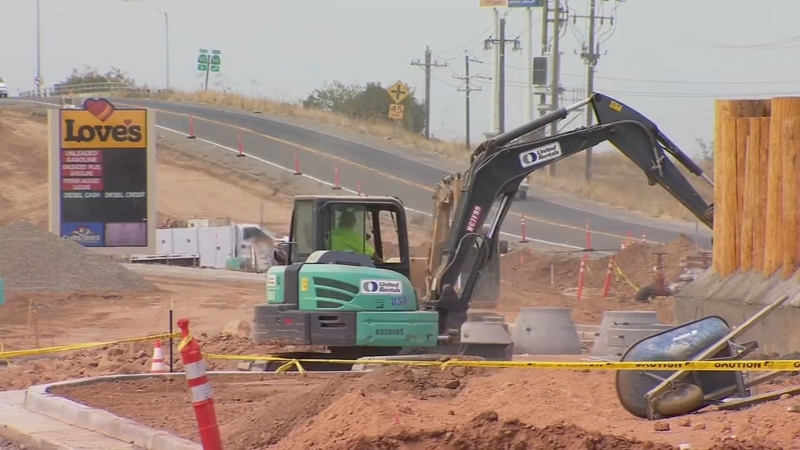 Officials say it's now one of the fastest growing communities in California.

The new businesses include a number of restaurants, along with retailers and industrial companies.

Officials say the projects will bring about 500 new jobs, plus new options for anyone living in or driving through the area.

The extensive development off Highway 99 and Avenue 17 is one of the projects underway right now. Love's Truck Stop purchased 20 acres to build a gas station and much more.

"That site plan has approved a hotel site, a restaurant stand-alone pad site, it has the country store, and it will also feature Arby's, Chester Chicken, and a Godfather Pizza. And they will also have a tire center," says Madera County Economic Development Commission Bobby Kahn.

The Freedom Industrial Park near Avenue 13 and Road 26 also has two new additions on the way: Premium Bottled Water and Tran-Pak, which makes plastic pallets and other storage containers. A third business for this area is currently in the planning phases.

Meanwhile, the City of Chowchilla recently celebrated the grand opening of Camarena Health Center and is looking forward to its new Panda Express.

"Madera County is the second-largest growing county in the state of California," says Kahn.

He says all of the new retail and industrial spaces are supported in part by the hundreds of new homes in the Tesoro Viejo and Riverstone subdivisions. Plus, prices here are appealing to many companies.

Residents we spoke with say they're looking forward to what the future holds.

"I'm very excited for what there could be, and I like seeing Madera grow," says Rose Robertson.

It's not just the Valley portions of Madera County that are seeing a lot of development right now. Oakhurst also has three new hotels on the way, in addition to two new restaurants.
Report a correction or typo
Related topics:
businessmadera countymadera countydevelopment
Copyright © 2021 KFSN-TV. All Rights Reserved.
More Videos
From CNN Newsource affiliates
TOP STORIES