Uncertainty for businesses, churches as Fresno County verges on dropping back to purple tier 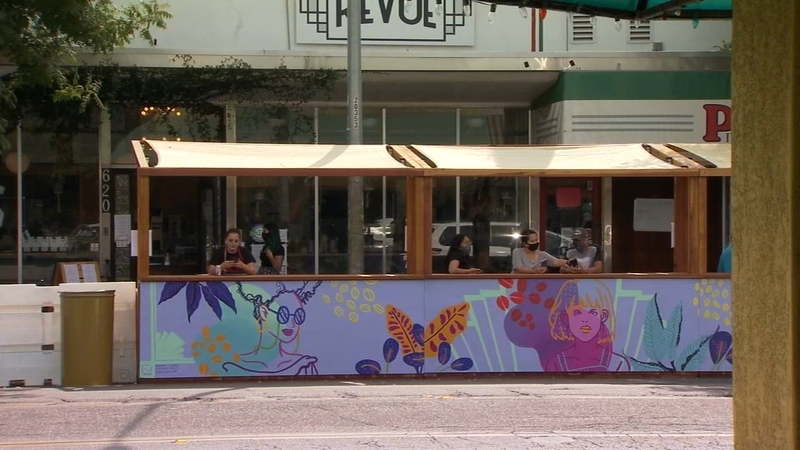 Uncertainty for businesses, churches as Fresno County verges on dropping back to purple tier

But the same update from the state shows Fresno County in danger of falling back into purple.

People's Church took its message online after the coronavirus hit Fresno County in full force and then added a tent revival when state-mandated closures dragged on.

RELATED: Why are so many Central Valley counties stuck in the 'purple tier'?

They'll hold an indoor service for this first time in a long time this Sunday, but it could also be their last for a while.

"We don't know what's going to happen so we're still offering for our folks as much flexibility as we possibly can," said Larry Powell, a community connections pastor at the church.

State metrics show the county with a case rate too high to stay in the less restrictive red tier.

If it happens again next Tuesday, the county goes back to purple and indoor church services won't be allowed.

Indoor operations at restaurants, movie theaters, gyms, and tattoo parlors would also have to close again.

Powell, a radio host and former Fresno County schools superintendent, says the state's "Blueprint for a Safer Economy" could actually hamstring businesses whose owners are usually planners who now can't plan more than a week or two in advance.

Schools are also caught in the instability.

Waivers will still allow them to open for kindergarten through sixth grade, but if the county falls back into purple, plans for secondary schools opening are back on hold until the county gets back into red for two full weeks.

The state won't put schools on the same yo-yo businesses could face, though.

"Once they're permitted to open, the state has said they really don't want to close schools back down because they understand how disruptive that is for students," said Dr. Rais Vohra, the Fresno County health officer.

Dr. Vohra says there are warning signs for the county, like the rising COVID-19 hospitalization rate.