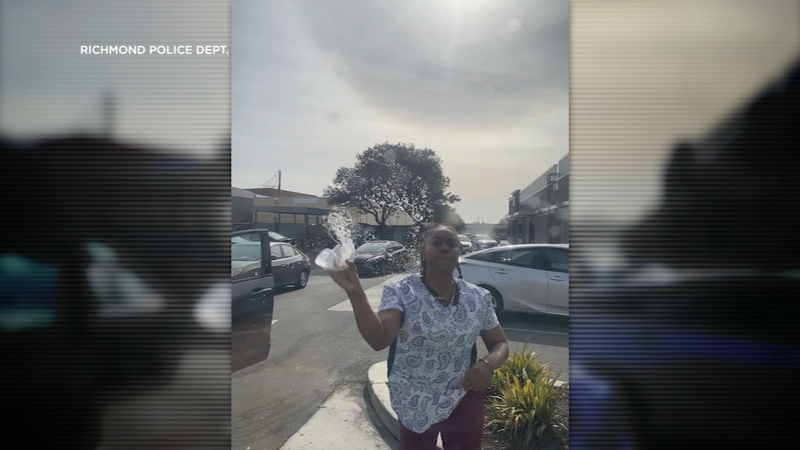 RICHMOND, Calif. -- An arrest has been made in a shocking assault during a road rage incident in a Northern California McDonald's drive-thru line on Feb. 5.

The suspect, who has been identified as 29-year-old Rhyan Hodge, was seen on cellphone video throwing items at a car in the drive-thru line and then ramming into the victim's vehicle while her young children were inside of it.

The victim was then struck with the suspect's vehicle and carried on the hood for about 50 yards before she was thrown from it, according to police.

In the video, you can hear the victim soothing her 3-year-old and 5-year-old.
"I'm shaken by what my babies went through," she said. "That they're still traumatized. My youngest, who is 3, he keeps repeating, 'The bad lady is going to break our windows, the bad lady is going to come get me and break the windows!'"

An assault during a road rage incident at a Richmond McDonald's has left a family shaken and police asking for the public's help to ID the suspect.

Dashcam video captured a violent road rage incident that put two young children and a driver at risk as gunshots rang out in Albuquerque, New Mexico.