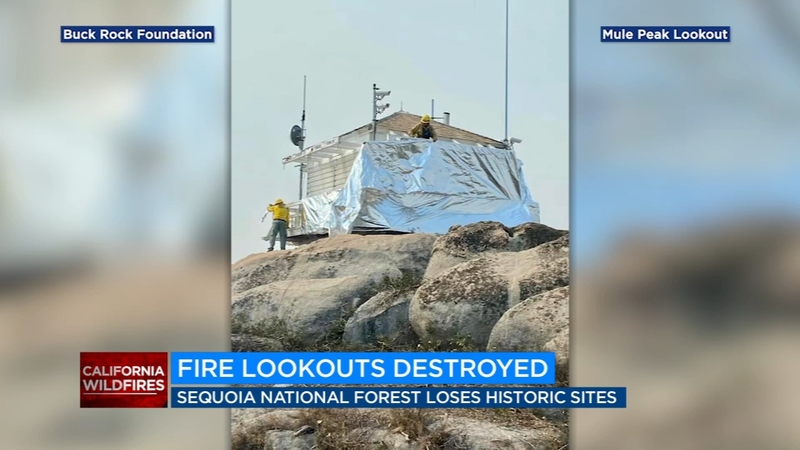 FRESNO, Calif. (KFSN) -- Wildfires have destroyed more than one million acres across the state of California this year.

Several historical monuments have been lost to the flames, and forest officials say key fire lookouts have also burned down.

It was built in the Sequoia National Monument area back in 1935.

It's the second consecutive year the Sequoia National Forest lost a fire lookout.

The Jordan Peak lookout was destroyed by the SQF Complex fire a year ago.

Forest officials say these locations are an important tool in keeping the area safe, but they're also a big draw for thousands of visitors.

"Lookouts are a destination for people visiting the forest because there's a lot of history and nostalgia in visiting the lookouts. When they're staffed those people are ambassadors to the public," said Eric LaPrice, district ranger for the western divide.

The National Forest Service has closed Buck Rock for the fire season, and the wooden lookout cabin was wrapped in fire-retardant material to protect it.