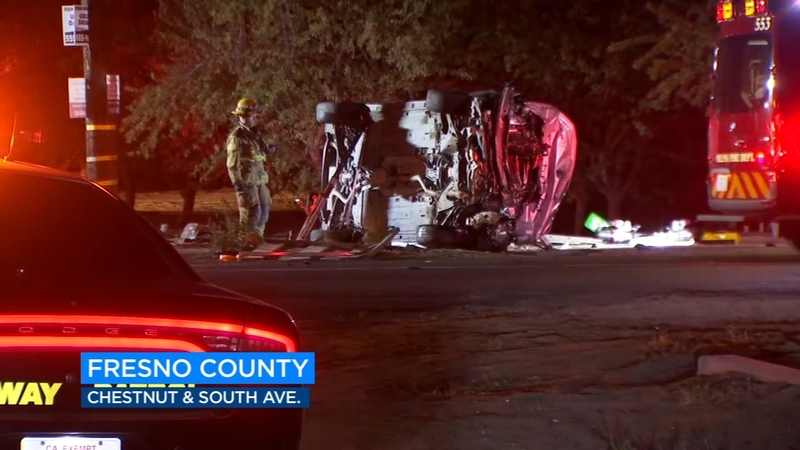 It happened before 6 am at the intersection on Chestnut and South Avenues, west of Fowler.

Investigators say a gray vehicle was westbound on South Avenue when the driver failed to stop for an unknown reason and collided with a white car in the intersection.

The gray car landed on its side. The person inside suffered major injuries.

Officials say there were two people in the white car who had moderate injuries.

Investigators say it doesn't appear alcohol was a factor in the crash.