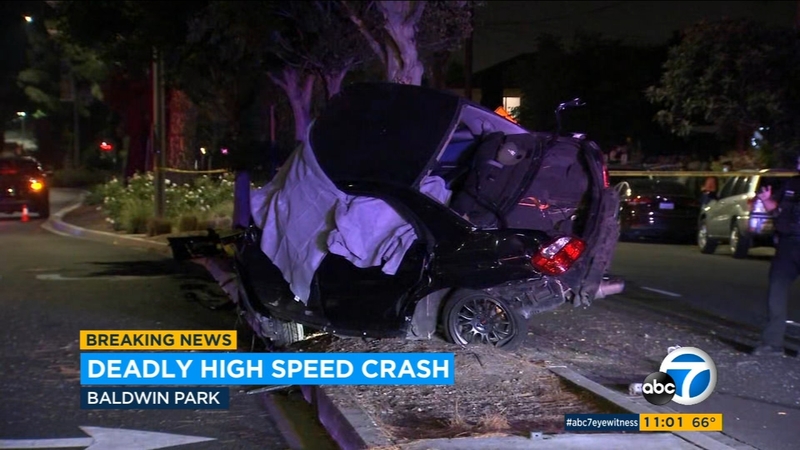 LOS ANGELES -- Two people were killed in a crash that left a vehicle crumpled around a tree in Los Angeles County in southern California on Wednesday, officials say.

The crash happened around 8 p.m. on Baldwin Park Boulevard at La Rica Avenue.

Authorities say two people were pronounced dead at the scene.

Another vehicle was also involved in the collision.

One person was killed in a crash that left a vehicle crumpled around a tree in Baldwin Park, officials say.

Video from the scene shows the vehicle crumpled in half and folded around a tree.