Hundreds of Clovis homes are now safer in case of emergency 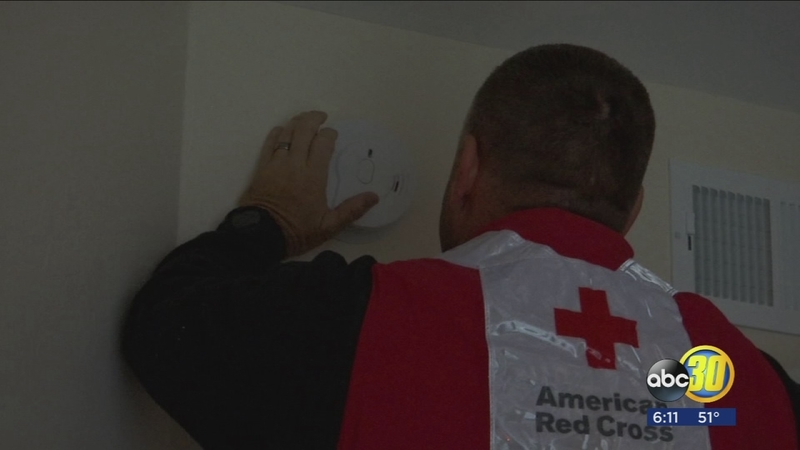 Hundreds of Clovis homes are now safer in case of emergency

Alongside her team of Red Cross volunteers, Dana's mission on Saturday morning is to deliver safety to a Tarpey Village neighborhood.

Back at the Old Town Clovis Fire Station, they loaded up with a bag of goodies, mostly filled with smoke detectors. They got a lesson on installations and a map.

The volunteers took over from there.

Walking door-to-door, they found most homes already protected until they found one in the middle of a remodel.

In they went, and out came the equipment. Darrin Hughes sized up the walls and mounted the smoke alarms. Then, he put them to the test. The beeps confirm their work there is done.

The batteries in these alarms are good for at least ten years, so homes are now a lot safer in case of fire. Clovis firefighters say they have not had a fire death in almost a decade, and volunteer efforts like this one are a big part of the reason why.

Chad Fitzgerald of the Clovis Fire Department said, "Over a third of fire deaths result from non-working smoke detectors in homes."

Nationwide, the Red Cross aimed to install 15,000 smoke detectors on this MLK weekend of service.