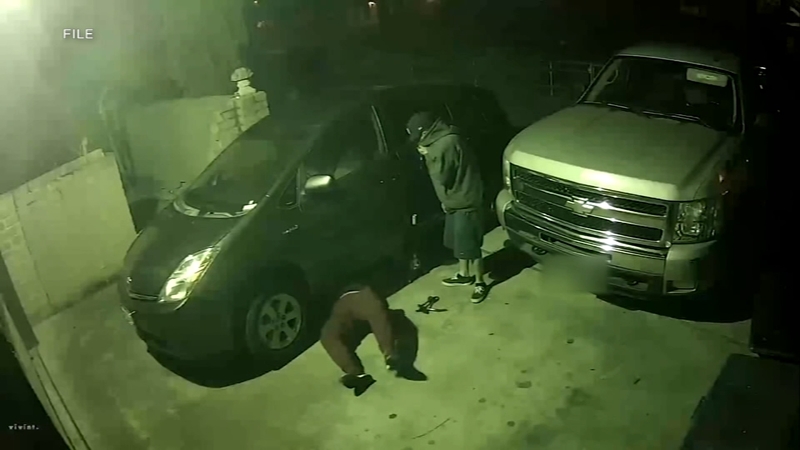 FRESNO, Calif. (KFSN) -- A new bill making its way through Sacramento hopes to combat a crime that's been exploding across the Valley and the entire state.

Lights and sirens went off in Madera Monday night as police pursued two suspects they say were caught in the act of stealing a catalytic converter. Inside they found the pricey vehicle part, the tools they suspect were used to steal it and narcotics.


"The thieves have really a conveyer belt of crime going on here," said Assemblyman Jim Patterson.

He says the theft of catalytic converters shot up 900% in Fresno County from 2020 to 2021, which is why he introduced AB 1653. If passed into law, local law enforcement agencies could tap into CHP resources to combat the crime.

"Trying to identify the places where they are getting paid for it," said Patterson. "And stop the transaction so that it's no longer profitable."

Patterson says the hope is to infiltrate the underground market through undercover operations. The Clovis Police Department says it welcomes new strategies to target criminals who go after catalytic converters.


"It only takes less than a few minutes to cause a couple of thousand dollars worth of damage," said Clovis Police spokesperson Ty Wood.

Officials say thieves make about $300 on each part, but they leave victims with a $2000 bill to replace and repair, sometimes even stealing them in broad daylight.

"Right around lunchtime, we had someone call in and they interrupted a catalytic converter theft in progress," he said. "So it's happening at all hours."

Debbie Hunsaker, owner of Alert-O-Lite in southeast Fresno says 13 of the vehicles at her business have been hit on three separate occasions, most recently Sunday night.

After insurance, she's paid about $12,000 to replace the parts. It's taken months to get some of her trucks fixed because of a global shortage of auto parts.


"And then to add to it my insurance is going up because of all this stuff," she said.

Hunsaker was pleased to hear that AB1653 could help capture criminals.

"It's a great start. I don't think that it's the complete answer but it's definitely better than nothing," she said.