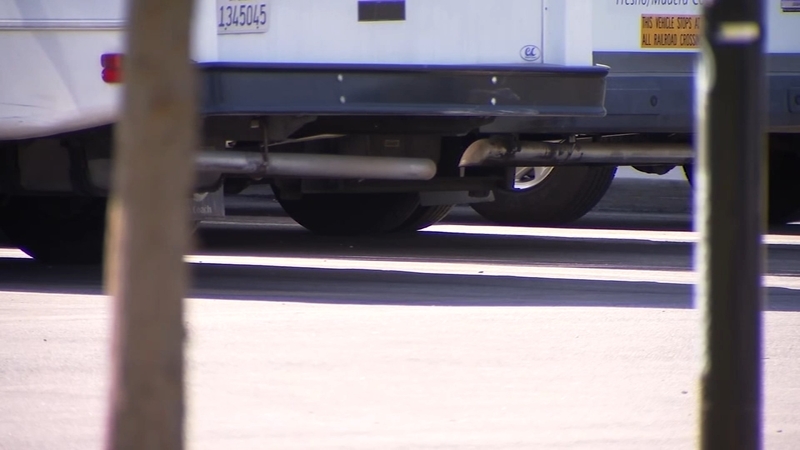 Recently, the non-profit has been hit hard by thieves going after catalytic converters who want money for their precious metals.

"We have cameras on this. We actually saw people get out of their vehicles and under the van, but you couldn't tell who they were. They came at two o'clock in the morning at that point," said executive director Roger Slingerman.

UCPCC officials said about five of their vehicles were hit, costing $2,000 to 3,000 per vehicle.

They serve more than 150 adults.

Other non-profits who served the disabled community and families have suffered vehicle loss.

Down the street, the ARC has seen four vehicles hit in the last five weeks.

"We actually had cars taken. Took the vehicles away, brought them back a week later, and the next night took them again, literally one day later," said Lori Ramirez, executive director of the ARC.

The ARC serves more than 600 adults with developmental disabilities in Fresno and Madera counties.

"I'm past frustrated right now. I'm very angry about it. I'm very disappointed in our community that we have thieves that are out there stealing from non-profits, who are doing work to help support individuals with disabilities," Ramirez said.

"Especially during COVID, it's been really, really difficult to get out and see our families in person. These vehicles allow us to do that, and when they're in the shop for one or two or four weeks, it really inhibits our ability to impact families," said CEO Lowell Ens.

Police say there's been a rise in these thefts.

They urge the community to call first responders if they see something suspicious.

As for UCPCC, they actually moved their vehicles to Clovis, where they were stolen again.

They plan to have a security company check on the vehicles.

Organizations we spoke with say these thefts not only impact them financially but hurt their students. They're hoping the community will come alongside them and stop these crimes.