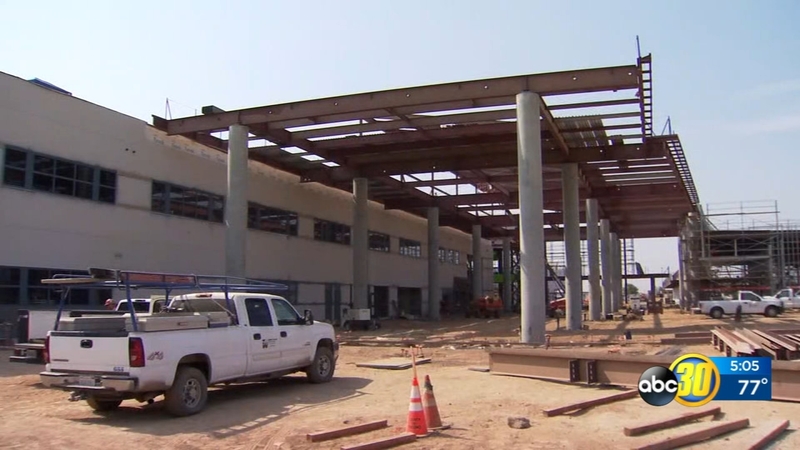 FRESNO, Calif. (KFSN) -- Central Unified was banking on voters approving Measure D in November so it could continue to build to meet future growth.

Measure D failed by the slimmest of margins in March. Just 12-hundredths of a point. Nineteen votes short out almost 15,000 casts.

The district believed it can top the 55% threshold to pass this time.

Justin Garza High School will welcome its first 9th and 10th graders in August. It was named after the former Central High football coach who died of cancer.

Alvarado explained, "Proceeds from that bond will go to completing Garza High School. Specifically, the visual performing arts theater and also the swimming pool complex there at Garza."

Alvarado said the $120 million bond measure would help build a new elementary school and deal with overcrowding issues in the growing district.

Alvarado added, "We're anticipating almost 300-400 new high school kids over the next five years. At least that's what our demographers are projecting and so we are running out of space."

But opponents of the measure said due to the uncertainty of the pandemic, this was not the time to raise taxes because so many families are struggling.