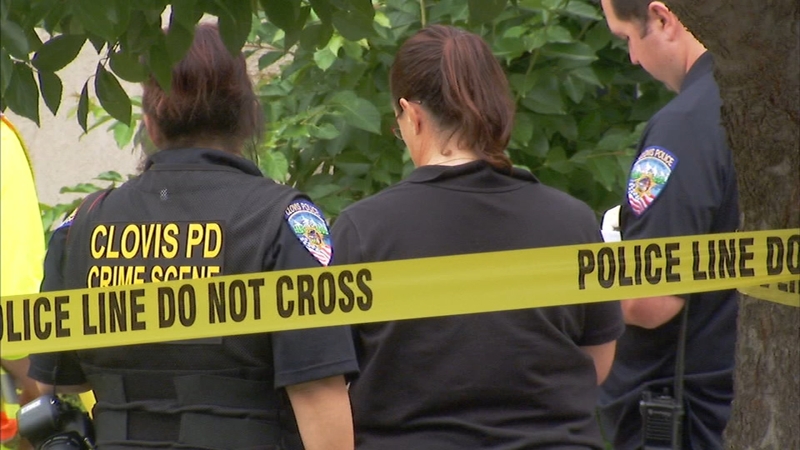 One of the lead investigators revealed what both the lone survivor and sole suspect told her not long after the double homicide.

The only witness told a detective Judith Cooper watched her daughter die and the suspect had a smile on his face.

Dave McCann began the day asking for his attorneys to be removed. But when that didn't work, he took notes and seemed to work fine with his legal team.

Officer Dayna DeJong interviewed the lone survivor who was home when she says McCann kicked open the front door, looking for his wife, and her sister, Tierney Cooper.

Prosecutor William Lacy asked, "Prior to Dave McCann slitting Tierney's throat, did Dave McCann say anything to anybody?"

DeJong responded, "He did. He addressed Judy and said that she was next."

The two officers who were first to arrive after a frantic 9-1-1 call of a domestic disturbance testified about what they saw right away when they pulled up to the house on West Omaha Avenue.

"As we approached the front door I could see that the door frame had been damaged and it looked like someone had gained entry through force," said Officer John Gamez.

The second officer to enter, Marcus Burks said, "When we first entered the house, I observed a female down in the front room, laying in blood."

Officer Burks took pictures of two knives he found in the crime scene. One showed a red substance on it.

Officer DeJong interviewed McCann off and on for six hours. During that time he said many things including that, "They did not deserve to die" and that his, "Brain was not normal." He also claimed that he was verbally abused and belittled. About the morning of the murder, McCann said he came to talk and was not armed, but snapped.