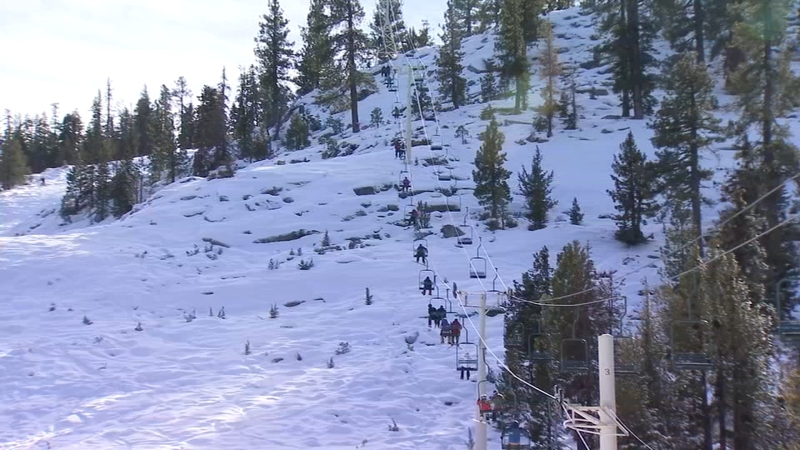 FRESNO, Calif. (KFSN) -- The call of China Peak is strong. The ski resort needs to hire 300 people, and several applicants who showed up to Friday's job fair at Sierra Vista Mall in Clovis were offered positions on the post.

Some people landed the perfect gig.

"Being able to ski at lunch-time honestly. Being able to get paid to ski is a dream," said repair shop employee CJ Glow.

CJ Glow and Nathan Powell just moved to Fresno from the Modesto area. Both made strong first impressions.

"I honestly thought the interview was going to be a bit longer, more detailed, and then I would get a callback, but it was cool. It was pretty chill," Powell, a newly hired snowboard instructor, said.

Owner Tim Cohee was pleased with the turnout. He needs 20 snowmakers because China Peak is installing a $2 million snowmaking system that will help keep the resort open on a more consistent schedule.

"Once we get into the high 20s, it's game on. Full blast, and we can open ski runs literally in a couple of nights, which used to take a couple of weeks," Cohee said. "This is the ultimate game-changer in our industry."

About 300 snow-making machines will be in place this season.

While the old system could run 15 snow guns at a time, the new one can run 60 and handle up to five times more water out of Huntington Lake.

"90% of the water moves up the mountain, largely north facing. Stays in the shade and then in the summer or spring, it all melts and goes back to the same system," Cohee said.

He hopes to see a strong system in November. The new system would then help folks hit the slopes on Thanksgiving.