Police say suspect Juan Ventura told them he 'intentionally wanted to kill someone' during the crash.
KFSN 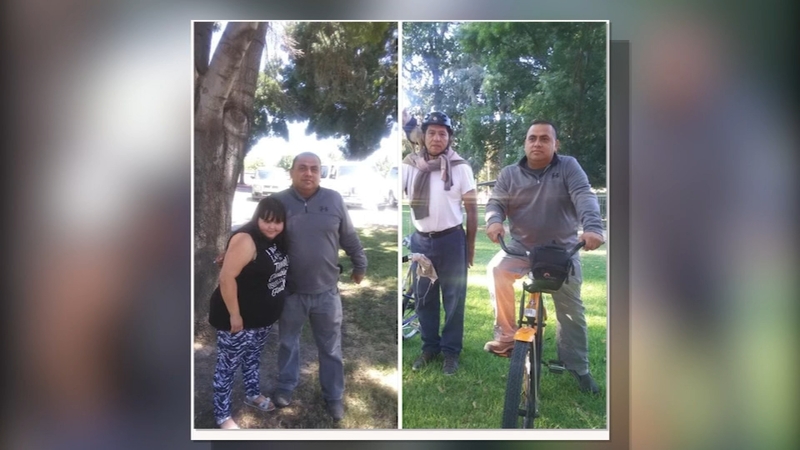 CHOWCHILLA, Calif. (KFSN) -- A man who loved nothing more than tooling around town on his bicycle was laid to rest Thursday.

They rode with a police escort from Saint Columba Catholic Church in Chowchilla to the cemetery.

"Everybody knew my brother and we have support from the whole community because he knew a lot of people. So we're also thankful to the community for being there helping us to make it happen," says the victim's sister, Norma Sanchez.

Sanchez was riding his bike when he was hit by a car near the intersection of Orange Avenue and 5th Street at around 5 pm on April 23rd.

Officers found the 45-year-old lying in the roadway unresponsive, with multiple injuries.

The driver left the scene, but police tracked him down less than an hour later.

He's since been identified as 26-year-old Juan Ventura of Madera.

During his statement to detectives, the suspect said he 'intentionally wanted to kill someone' during the crash.

Police say Sanchez was obeying the rules of the road when he was struck from behind.

"He had all the proper equipment for riding, he was in the designated bike area that you're supposed to ride in legally. It's just wrong place, wrong time really," says Chowchilla Police Detective Brian Boivie.

Sanchez was disabled, and his bicycle was his only mode of transportation.

Family members described him as a lovable soul who got along with everyone.

They say he would be touched to see the dozens of bike riders who joined the five-mile procession in his honor.