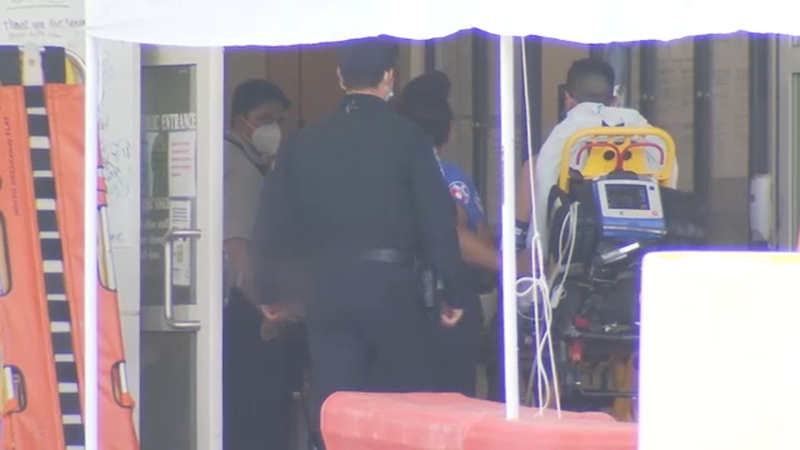 Clovis officers cleared to return after arresting man with fentanyl

CLOVIS, Calif. (KFSN) -- A Clovis police officer radioed for help Sunday afternoon after arresting a man who possessed white powder, which tested positive for both fentanyl and meth.

He was taken into custody behind Trader Joe's in Clovis.

The officer was wearing gloves when he moved a plastic container of drugs from the man's backpack to the hood of his patrol car.

"There was some powder on the outside of the container and so it's unknown how that exposure occurred, but it may have become airborne or something like that," says Clovis Police Lt. Jim Munro.

Ambulances were sent to pick up the officer, as well as a civilian community service officer who was at the same scene who experienced similar symptoms.

Lt. Munro says the incident will likely be used as a training case for the department.

"This is the first one to my recollection that we've had that actually affected our officers first-hand," he said. "We are seeing a lot more fentanyl on the street."

"Rapid heartbeat is exactly the opposite of what we would expect from fentanyl," says Dr. Andrew Stolback. "Opioids relax you."

Dr. Stolbach added you can't overdose from incidental exposure to fentanyl by simply touching it because it needs to be injected, inhaled or ingested to get into your system.

"The point of reassurance that I want to give you is it's almost impossible to be unintentionally poisoned from fentanyl," he said.