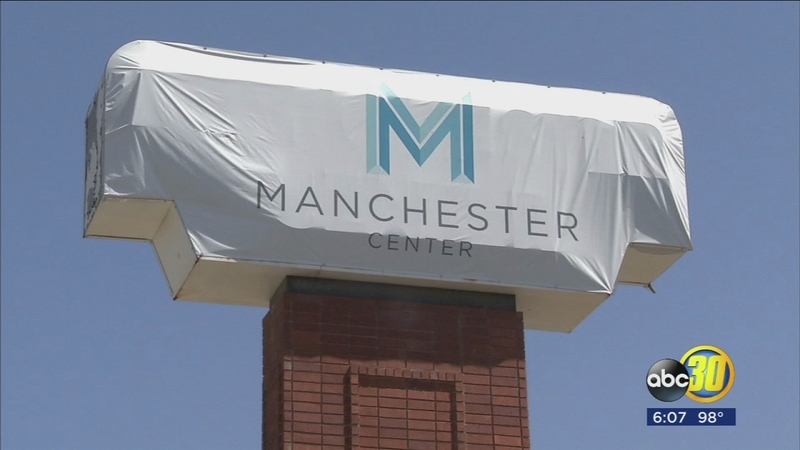 FRESNO, Calif. (KFSN) -- Big changes are coming to the Manchester Center. Following years of planning, the Central Fresno mall is set to add family-friendly amenities and some familiar names to its lineup of restaurants.

Signs of construction can be seen all around the Manchester Mall and popular restaurants are set to take over new buildings in the parking lot near Blackstone and Shields Avenues.

While a giant, state-of-the-art digital sign is just about ready to greet commuters on Highway 41. The mall's owner has a vision to return the aging mall back to its former glory and make it a premier shopping destination once again.

"We have already commenced the renovation of the exterior," owner Ben Nazarian said. "That will be continuing throughout the rest of the year, and we have announced the marketplace that will bring the best food of Fresno under one roof."

"They see a potential and an opportunity to not only turn it into a moneymaker for them, which is what we want because of the jobs and tax revenue," Fresno city councilmember Clint Olivier said. "They want it to be a real community center as well."

The entire renovation process is expected to take a couple of years to complete, but restaurants with familiar names are just about ready to move in after the mall was forced to say goodbye to other chains in recent years.

"We lost Red Robin and Gottchalks and some of the other big stores that were there," Olivier said. "But we're expecting the opening of Chipotle and Habit Burger, and it's a really exciting time for that part of town."

The biggest attention getter will no doubt be this new digital sign just off of Highway 41. The mall plans to advertise to potential shoppers driving in either direction.

"I think letting people know what's there is critical to not just revitalizing the mall but the area around it as well," Olivier said.

Bus riders will also soon enjoy a new transit center near the mall, and the city is moving forward with plans to renovate the terminal in front of Sears.

"This is basically where all buses in the city of Fresno lead to Manchester," Olivier said. "The city is also putting its skin in the game to redo that bus terminal. It's going to be a lot nicer and that should be this fall."
Related topics:
fresno centralfresnomanchester mall
Copyright © 2022 KFSN-TV. All Rights Reserved.
FRESNO
Mayor Dyer plans to add more officers to Fresno Police Department
Armed men rob 2 Fresno grocery stores within an hour, police say
Where to see holiday lights in Fresno and Clovis
Where to see holiday lights in Fresno and Clovis
TOP STORIES
Body of Missy Hernandez recovered from aqueduct near Huron
At-home COVID-19 test request website goes live 1 day early
Teen killed, another injured in shooting in Orange Cove
1 killed in crash in Madera, Yosemite Ave closed for investigation
Man shot after fight with brother in Madera, suspect in custody
FPU to temporarily move to virtual classes for 2 weeks
Suspected child abuser rearrested after warrant served at church
Show More
Calif. students to get subsidies for volunteering
19-year-old hospitalized after explosion at Table Mountain Casino
Field worker's truck stolen by armed man in Hanford, deputies say
Omicron variant impacts Valley Children's hospitalizations, staffing
Cold case team shines new light on betrayal of Anne Frank
More TOP STORIES News