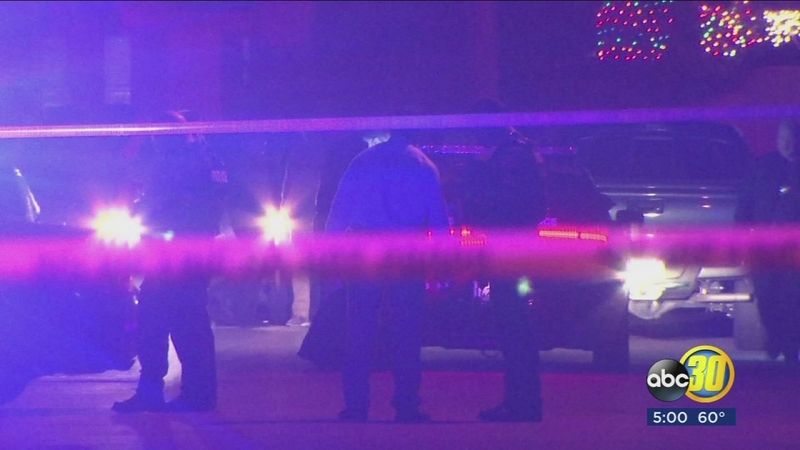 The victims have been identified as Brennen Fairhead and Scott Gaffney. Their deaths a shock to the North Fresno neighborhood.

Friends came to the scene of Thursday nights shooting to remember the victims. Brennen Fairhead and Scott Gaffney. Both 21 years old.
RELATED: Fresno Police Chief: 2 killed near Woodward Lake "does not appear to be a random act"

Police say they were at a house on Chickadee Court Thursday night with a third man. They left the house and were shot just around the corner on Grouse Lane. A neighbor named Barbara who didn't want to be on camera told us what she heard and saw.

She told us after the shooting stopped she heard a vehicle, possibly a truck speed away. Then she went outside and saw the victims.

"There was one on my fence, so right there, by my backyard, that one he was on his back and the one that was in the street he was just face down."

They say Perry and the two victims were conducting a drug transaction in this neighborhood before everything went wrong.