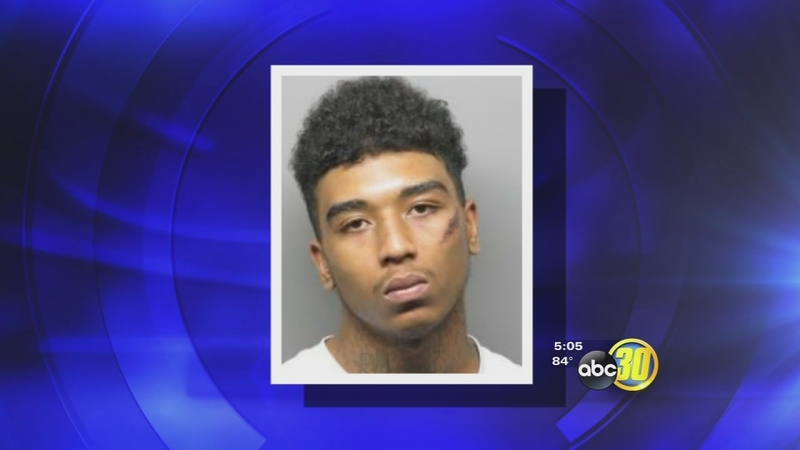 FRESNO, Calif. (KFSN) -- Action News has uncovered new developments in a murder investigation that could be connected to another murder from four years ago.

Someone gunned down 27-year-old Albert Thao last month at a central Fresno restaurant. Police have a warrant for the arrest of an 18-year-old they believe shot Thao. And if the connection to a 2011 homicide is more than coincidence, he could find himself facing the harshest possible punishment.

The doors are now locked for good at the Mekhong restaurant in central Fresno. A month ago, those doors swung open for detectives investigating the double shooting that killed Albert Thao. While the ambulances took Thao and another man to the hospital, witnesses told police the shooter drove away in a Dodge Charger. Investigators found Thao's phone and noticed several calls or text messages coming from an Oakland number in the moments before the killing.

A search warrant Action News uncovered reveals they traced that phone's movement, noticing it left Oakland that day, traveled to Fresno, and ended up back in the Bay Area. Days later, the surviving victim identified the phone's owner, 18-year-old Jason Brown, as the shooter.

ABC30 legal analyst Tony Capozzi says it's a strong case stemming from good police work. "What you have is corroborating evidence to back up what this victim is saying is that the person who owns that phone is the one who shot me," Capozzi said.

Four years before Thao was gunned down, police investigated another deadly shooting in the same restaurant. Detectives arrested Lee Saysanasy for the 2011 murder and he's scheduled to stand trial next month. "There may be some connection between the two different murders that took place at the same location," Capozzi said, based on his reading of the warrant. "There may be a tie in. It's too early to tell at this point."

If the two shootings are related, Capozzi says the death penalty could be on the table when police catch Brown. Fresno police tracked Brown's phone for ten days, but an Action News reporter called the phone Friday and found it's been disconnected.